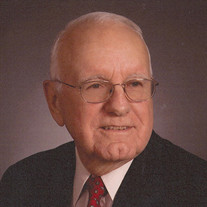 GREENFIELD – Wesley N. Alden, age 83, of Greenfield, passed away Sunday, June 3, 2018 at Greenfield Health Care in Greenfield. Born on June 23, 1934 in Whitehall, NY, he was the son of Charles and Helen (LaPierre) Alden, who preceded him in death. Wesley married Carolyn Joyce Lynch of Glens Falls, NY on June 16, 1956. She preceded him in death in February 2004, as did his sister, Rita (Edward) Snowball of Gansevoort, NY in February 2016. He is survived by his children Jeffrey (Tami) Alden and Judith (Dan) Riddle of Greenfield; and grandchildren, Andrew Alden of Phoenix, AZ, and Erin Alden and Spenser Riddle of Greenfield, IN; and his great-grandchildren, Daniel and Remianne of Greenfield, IN. Wesley graduated from high school in South Glens Falls, NY in 1951 and from Albany Business College in Albany, NY in 1955. He received a bachelor’s degree in general studies from the University of Nebraska, Omaha in 1972. He served 21 years in the U.S. Army (1957-1978), entering the Army as a draftee and rising through the enlisted ranks to Master Sergeant. In 1967, while serving with the Eighth U.S. Army in Korea, he received a direct commission to First Lieutenant. He also served overseas tours of duty in Germany and Greece. His awards included the Army Meritorious Service Medal, Army Commendation Medal with two Oak Leaf Clusters, National Defense Service Medal, Armed Forces Reserve Medal, Good Conduct Medal, and the Korean Defense Service Medal. He retired from active duty as a Major in 1978, while serving at Fort Benjamin Harrison, IN. He then worked in Federal Civil Service for 15 years. Following his retirement from the Army, he entered federal government service as a civilian employee of the U.S. Army Finance and Accounting Center (USAFAC) in Indianapolis, IN, which later became the Defense Finance and Accounting Service (DFAS). At the time of his retirement from DFAS in 1994, he was Chief of Active Army Military Pay Policy and Systems. Wesley was a member of the National Active and Retired Federal Employees (NARFE), Society of Retired Army Finance Officers (RAFINO), and the National Association of Uniformed Services (NAUS). Graveside services will be held on Wednesday, June 6, 2018 at 1:00 p.m. at Park Cemetery in Greenfield with Deacon Wayne Davis officiating. Memorial contributions may be made by mail to the Alzheimer's Association, P.O. Box 96011, Washington, D.C. 20090-6011 or online at www.alz.org. Friends may share a memory or a condolence at www.erleweinmortuary.com. Arrangements are being handled by Erlewein Mortuary & Crematory in Greenfield.

GREENFIELD &#8211; Wesley N. Alden, age 83, of Greenfield, passed away Sunday, June 3, 2018 at Greenfield Health Care in Greenfield. Born on June 23, 1934 in Whitehall, NY, he was the son of Charles and Helen (LaPierre) Alden, who preceded... View Obituary & Service Information

The family of Wesley N. Alden created this Life Tributes page to make it easy to share your memories.