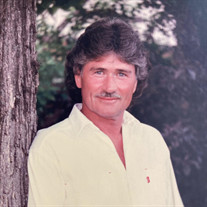 Thomas Edward Schierbaum passed away at the age of 85 on February 26, 2021. He was born to Dorothy and Harold Schierbaum in Indianapolis in 1935. After graduating from Howe High School, Tom started a family, transferred his church membership to Englewood Christian, and went to work for Indiana Bell Telephone Co. until he retired in his mid-fifties. As a young, man Tom was chosen from the audience of the game show Concentration, where his first wife was enjoying a long winning streak, to be on The Price is Right. They returned from their successful sprees with a speed boat load of winnings: a fitting prize for the avid water skier. Later, he restored a vintage cabin cruiser to its former glory to go rollin’ down the Ohio River during another season of his life. Tom was a diligent hardworking man who ventured into horse ownership, tried his hand at a small farming operation, appreciated art, and extended his kindness to animals. He enjoyed his quiet country life in Greenfield in the home he built where he taught his grandchildren to fish from the spring fed pond he had dug. Very much the quintessential gentleman, Tom used his quick wit to always have a one liner ready to make people smile. He liked making people smile. He sometimes ran a country mile, always excelled at growing tomatoes, bought his eggs just around the corner, and spent time tinkering around his garage fixing things. At the end of the day, he and his wife would swing in the hammock that hung in their garden to gaze at the stars on a clear summer’s night, until the coyotes’ howls would chase them away. Eventually, Tom, an affectionate family man, was faced with some difficult adjustments: first with the sudden death of Robin, his wife of twenty years. Subsequently, his son also unexpectedly passed away. And though his life took some rough turns, he still had his daughter and her family nearby. He lived the life he always wanted, loved his family, and enjoyed evenings by the warmth of his fireplace, even to the end of his days. Tom is survived by his daughter, Kimberly (and Steve) Creech, grandchildren Keely (and Brandon) Butrum, Kaitlyn McDonald, Lakota Creech, his great grandchildren, and nieces and nephews. He was preceded in death by his wife Robin; his son Thomas Schierbaum of Tennessee; sisters JoAnn (and Dave) Sipes of Greenwood, and Patty (and Max) Sleeth of Kentucky; his parents, Dorothy Schierbaum of Beech Grove; and Harold Schierbaum.

Thomas Edward Schierbaum passed away at the age of 85 on February 26, 2021. He was born to Dorothy and Harold Schierbaum in Indianapolis in 1935. After graduating from Howe High School, Tom started a family, transferred his church membership... View Obituary & Service Information

The family of Thomas Schierbaum created this Life Tributes page to make it easy to share your memories.

Thomas Edward Schierbaum passed away at the age of 85 on February...