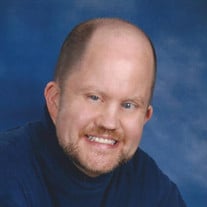 GREENFEILD - Terry K. ‘Boo’ Timmerman, age 52, of Greenfield, passed away on June 4, 2022. He was born in Indianapolis on December 21, 1969. His parents were Donald L. and Joan Timmerman. Terry Graduated from Warren Central in May 1988 and then attended Vincennes University where he received Associates Degrees in both Restaurant and Hotel Management in May 1991. He returned to the Eastside of Indianapolis where he lived and worked for most of his life. He relocated to Greenfield, IN during the last few years of his life. He was a lifelong Christian. Growing up, he attended Downey Ave Christian Church in Irvington, IN. He frequently participated in bible-study groups and various retreats. In June 2006, his father was to be baptized as part of becoming a member of Post Rd Christian Church and asked Terry if he would be baptized with him. They were baptized together in a private ceremony and Terry often spoke of how proud he was to be able to do that with his Dad. In addition to working in the restaurant and hotel industries, Terry also worked as a bartender, security guard and even drove charter buses. These positions allowed him to see the country and meet many interesting and sometimes famous people. Terry was a devoted fitness buff for most of his life. He loved going to the gym and sought out means of fitness in other forms. He was interested in self-defense and attained his green belt in Kenpo in 2011. Terry is survived by his mother, Joan Timmerman; brother, Gary Timmerman; Sister-in-law, Sonya Timmerman; Nieces, Sierra (Timmerman) Ray, Alyssa Timmerman and Jenna Timmerman; and several cousins. A Celebration of Terry’s Life Service will be held on Saturday, June 11, 2022 at 1:00pm at Erlewein Mortuary and Crematory in Greenfield with visitation one hour prior to the service. In lieu of flowers, Terry has asked that memorial contributions be made to the National Ataxia Foundation, 600 Highway 169 South, Ste 175, Minneapolis, MN, 55426. Friends may share a memory or condolence at www.erleweinmortuary.com.

The family of Terry K. ‘Boo’ Timmerman created this Life Tributes page to make it easy to share your memories.