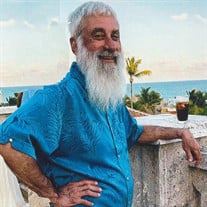 GREENFIELD – Kenneth Earl Reed, age 61, of Greenfield, passed away Tuesday, July 6, 2021. Born on October 24, 1959, he was the son of Robert Reed and Linda (Manring) Reed. He graduated from Howe High School in 1978. On September 24, 1983, he married Sherry Johnson in Indianapolis. Kenneth worked as a coordinator at Eli Lilly for 37 years before retiring in 2018. He was an avid family man and outdoorsman, who liked collecting and shooting firearms. In his free time, he enjoyed landscaping his yard and sitting by the fire with his family. He is survived by his loving wife, Sherry Reed of Greenfield; mother, Linda Reed; son, Eli Reed (Anna Bourjaily) of St. Joseph, MI; daughter, Melissa (Alex) Borgman of Westfield; sister, Rebecca (Dean) Bishop of Fairland; and a granddaughter on the way. He was preceded in death by his father, Robert Reed. Visitation will be held on Tuesday, July 13, 2021, from 11:00 a.m. until 1:00 p.m. at Erlewein Mortuary & Crematory, 1484 W. US Hwy. 40, Greenfield, IN 46140. A private graveside committal will be held on a later date at Mt. Pleasant Cemetery in Greenwood. Friends may share a memory or condolence at www.erleweinmortuary.com.

The family of Kenneth Reed created this Life Tributes page to make it easy to share your memories.