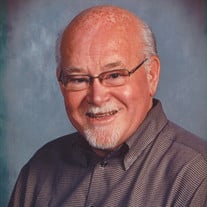 FOUNTAINTOWN – John D. Geryak, age 68, of Fountaintown, passed away Sunday, September 22, 2019 at St. Vincent Hospital in Indianapolis. He was born in Norton, Virginia on August 28, 1951 to the late Paul & Irene (Stanley) Geryak. He graduated from Warren Central High School in 1969 and continued his education at Vincennes University, receiving his Associates Degree in Civil Engineering. John married the love of his life, Jana (Thornton) Geryak on March 16, 1974 in Geneva, Indiana. John was a Civil Engineer by trade, but also worked as a Salesman for Cantex Inc., in Cannelton, Indiana. He was the owner & operator of Environmental Equipment Inc. in Fountaintown since 1982. John was a member of the Morristown Lions Club, Shelby County Sheriff’s Department Merit Board, Water Environmental Federation, and St. Michael Catholic Church in Greenfield. He enjoyed working outside, trips to Florida, but most of all the holidays and spending time with his family. John is survived by his wife, Jana S. Geryak of Fountaintown; sons, Matthew D. (Libby) Geryak of New Palestine and Christopher A. (Beth) Geryak of Greenwood; daughter, Andrea D. (Greg) Wagner of Greenwood; 6 grandchildren, Andrew, Madelyn, John, Anna, Adam, and Alex; brothers, Joe (Kelly) Geryak of Morgantown; Mike (Tiffany) Geryak of McCordsville; and sisters, Catherine (Kelly) Jones of Springdale, AR, Paula M. Geryak of Indianapolis, and Angela (Steve) Wiczek of Warwick, RI. He was preceded in death by his parents. Visitation will be held on Friday, September 27, 2019, from 4:00 p.m. until 8:00 p.m. at Erlewein Mortuary & Crematory, 1484 W. US Hwy. 40, Greenfield, IN 46140. A funeral mass will be held on Saturday, September 28, 2019, at 11:00 a.m. at St. Michael Catholic Church, 519 Jefferson Blvd, Greenfield, IN 46140. Fr. Aaron Jenkins will be officiating. In lieu of flowers, memorial contributions may be made by mail to the St. Michael Catholic Church Connecting Our Mission, 519 Jefferson Blvd, Greenfield, IN 46140 or Blue River Community Foundation, In Memory of John D. Geryak for the John D. Geryak Family Scholarship Fund, 54 W. Broadway Street # 1, Shelbyville, IN 46176. Envelopes will be available at the mortuary and church. Friends may share a memory or condolence at www.erleweinmortuary.com.

The family of John D. Geryak created this Life Tributes page to make it easy to share your memories.