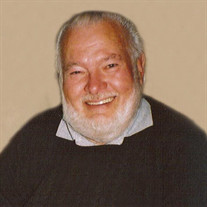 GREENFIELD – Jack Richard Coe, age 82, of Greenfield, passed away on Monday, August 6, 2018. He was born on November 5, 1935 in Greenfield as the son of Jack M. and Grace Isabelle (Kimball) Coe. Jack graduated from Arsenal Tech High School in 1952. He worked for Western Electric for 30 years in Indianapolis and retired as a commercial screw technician. After retiring with Western Electric in 1999, Jack went on to work for the Greenfield School System as a custodian having worked over 13 years there. Jack was very involved in the community and was a member of Telephone Pioneers of America, Faith Lutheran Church, Independent Order of Forester’s, and Greenfield Harvest Counsel. He loved wood working, was a master gardener, and was known as the “Gourdman”. He was the co-founder of Greenfield Farmers Market. Jack was active at Riley Days and had a booth there for many years. Jack is survived by his four sons, Randy Lee Coe of Greenfield, Richard Alan Coe of Sewell, NJ, Robert Glen (Penny) Coe of Greenfield, and Rodney Evan (Melanie) Coe of Lancaster, PA; former wife, Lois Marie Coe; brother, Jerry (Barbara) Coe of Fishers; grandchildren, Kimberly Trombley, Adam Coe, Amanda Pulis, Brianna Brown, Selah Monet, Judah Evan, and Roman Neziah Coe; great-grandchildren, Blaine and Daphne Pulis, Jake, John, and Anna Trombley, and a set of twins on the way; three nieces; and five nephews. He was preceded in death by his parents, Jack M. and Grace Isabelle Coe; brother, James E. Coe; and sister, Joann Shaw. Visitation will be held on Thursday, August 9, 2018, from 4:00 p.m. until 7:00 p.m. at Erlewein Mortuary & Crematory, 1484 W. US Hwy. 40, Greenfield, IN 46140. A funeral service will be held on Friday, August 10, 2018, at 11:00 a.m. at the mortuary with viewing one prior to the service. Pastor Michael Trombley and Rev. Wm. Daniel O'Connor will be officiating. Burial will follow at Park Cemetery in Greenfield. Memorial contributions may be made by mail to the Hancock County 4-H, Gardening & Vegetables Division, 802 Apple St, Greenfield, IN 46140 or envelopes will be available at the mortuary. Friends may share a memory or a condolence at www.erleweinmortuary.com.

GREENFIELD &#8211; Jack Richard Coe, age 82, of Greenfield, passed away on Monday, August 6, 2018. He was born on November 5, 1935 in Greenfield as the son of Jack M. and Grace Isabelle (Kimball) Coe. Jack graduated from Arsenal Tech High... View Obituary & Service Information

The family of Jack Richard Coe created this Life Tributes page to make it easy to share your memories.