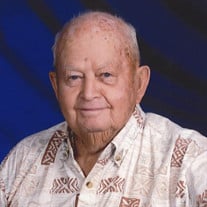 GREENFIELD – George Robert Strubbe, age 93, of Greenfield, Indiana, passed away on August 30th, 2019. He was born February 22, 1926 in Greenfield to the late Edward Gordon Strubbe and Mary Flossie Kingery Strubbe. George married Joanne Reasner on January 26, 1947 in Greenfield, Indiana where they resided their entire lives. George enlisted in the Navy at seventeen years-old with permission from his parents as he was not 18, the legal enlistment age. He served on LST 171 in the Asiatic Pacific Theater from June 1944 until his honorable discharge in May 1946, receiving a “Letter of Commendation” for outstanding performance of duty during operation against the enemy along with the Victory Medal, American Area Medal, Asiatic Pacific Area Medal with 4 stars and a Philippine Liberation Ribbon with 2 stars. Upon returning to Greenfield George worked for the United States Post Office retiring in 1981 focusing full time on his passion George Strubbe Excavating. A member of the Greenfield American Legion Post 119 for 75 consecutive years…..the longest of any member, the 40-8, FOP #140, VFW Post 2693, United States LST Association, LST 325 Memorial (Honorary Lifetime Captain). George Strubbe never met a stranger and was always the first in line to help a friend. He was preceded in death by his wife of sixty-one years, Joanne Reasner Strubbe, his parents and siblings; Hazel White, Clara Bundy, Ruth Miller and Ralph Strubbe. George is survived by his children; Connie McIntosh (Steve) Jan Strubbe and partner Annet Moulder; Ronda Siefke (Mark) and Steve Strubbe (Gina). Mr. Strubbe is also survived by his seven grandchildren, Stephanie McIntosh, Christopher McIntosh, Kaitlin Siefke, Alex Siefke, Cameron Siefke, Sam Strubbe and Spencer Strubbe along with his companion of the past 10 years Margaret White. Gathering will be held on Tuesday, September 3, 2019, from 5:00 p.m. until 7:00 p.m. at Erlewein Mortuary & Crematory, 1484 W. US Hwy. 40, Greenfield, IN 46140. A celebration of life will be held on Wednesday, September 4, 2019, at 10:00 a.m. at the mortuary. Reverend David Scifres will be officiating. Interment will follow at Park Cemetery in Greenfield with military rites presented by the Greenfield Veterans Honor Guard. Friends may share a memory or condolence at www.erleweinmortuary.com.

The family of George R. Strubbe created this Life Tributes page to make it easy to share your memories.