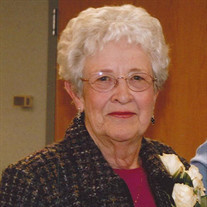 GREENFIELD – Dorothy M. (Cloncs) Gunn, age 91, of Greenfield, passed away Thursday, January 20, 2022. She was born in Roachdale, Indiana on October 13, 1930 to Sanford and Vera (Drake) Cloncs. She graduated from Roachdale High School in 1948. She married the love of her life, James C. Gunn, on February 17, 1951. Jim preceded her in death on July 20, 2018. Dorothy received her nursing degree in 1952 from St. Vincent School of Nursing. She was a registered nurse at Hancock Regional Hospital for 43 years, retiring in 2005. She was a member of the Hospital Guild, Kiwanis, National Shorthorn Lassies, and New Palestine United Methodist Church. She was an inspiration and friend to so many and considered each one her family and welcomed each into her heart and home. As proof of her dedication and love for nursing, her family, and her community, Dorothy was the recipient of many awards. She received a Rotary Club Vocational Service Award, Hancock County Medical Society Award for Excellence in Nursing, and she received Honorable Mention for Nurse of the Year in 2003. Dorothy is survived by her two sons, Steve (Janet) of Greensburg and John (Teresa) of Greenfield. Dorothy loved and adored her 8 grandchildren and 12 great-grandbabies. Besides her husband, she was preceded in death by her parents; her daughter, Denise Gunn; her son, Tim Gunn; her brothers, Gene and Guy Cloncs; and her sister, Madonna Grimes. A memorial service will be held at 2:00pm on Sunday, February 27, 2022 at New Palestine United Methodist Church, 3565 S 500 W, New Palestine, IN 46163. Arrangements are being handled by Erlewein Mortuary & Crematory in Greenfield. In lieu of flowers, Dorothy would appreciate memorial contributions made to Women Helping Women at Hancock Regional Hospital. You may share a memory or condolence at www.erleweinmortuary.com.

The family of Dorothy Gunn created this Life Tributes page to make it easy to share your memories.