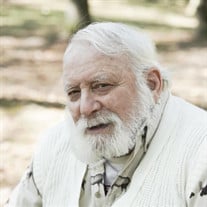 GREENFIELD – Charles Dixon “Chuck” Whiting, III, age 74, of Greenfield, passed away Thursday, November 28, 2019 at Hancock Regional Hospital. He was born in South Bend on June 22, 1945 to Mary Lou (Quinby) and Charles Whiting, Jr. He went to Washington Clay High School where he played football and wrestled, graduating in 1963. He then graduated from Indiana Central College (University of Indianapolis) in 1967. After college, he worked at the Indiana Boys School in the Department of Recreation. While there, he attended Indiana State University and received a Master’s in Recreation Therapy. Chuck then began work for the Veteran’s Administration Medical Center as a Recreation Registered Therapist, retiring after 30 years of serving veterans, mostly in psychiatry. Chuck’s first marriage produced his only child, Charles D. IV “Chip” (Karin) in 1968. He was stepfather in his second marriage to Angela Hopper and Tiffanee Cash. He loved them like they were his biological children. In 1989, he married his third wife, Joyce (Hall) Whiting, and they were married 30 years at the time of his death. He aided in raising two more stepchildren, Clay (Martha) Cage and Kyle (Caleb) Moore. Together Joyce and Chuck had four grandchildren, Caitlin (Josh) Laberee, Taylor and Camden Moore, and Olivia Cage. Chuck loved them deeply. Chuck played softball for over 40 years and played in several championship tournaments. He also coached his daughters in softball and basketball and continued coaching until he was 70 years old. He was also a referee and umpire. Chuck had a 1929 Model A Ford pickup that he bought at the age of 15 and had until his death. Chuck attended Park Chapel Christian Church where he was active in the Children’s Ministry. Chuck’s lifetime hobby was raising and showing pigeons and at one time had over 250. He also served as the Poultry Leader in 4-H in Hancock County. Chuck loved participating in the lives of children. Chuck is also survived by his sister, Susie (Pat) O’Neill and one niece, Jenny (Steve) Dobbs. Chuck dies leaving a huge hole in the hearts of his family. Visitation will be held on Tuesday, December 3, 2019 from 3:00 p.m. until 7:00 p.m. at Erlewein Mortuary & Crematory, 1484 W. US Hwy. 40, Greenfield, IN 46140. A funeral service will be held on Wednesday, December 4, 2019, at 11:00 a.m. at Park Chapel Christian Church. David Woods will be officiating. Burial will be private for the family. In lieu of flowers, memorial contributions may be made by mail to the Park Chapel Christian Church at 1176 E McKenzie Rd, Greenfield, IN 46140, or envelopes will be available at the mortuary and church. Friends may share a memory or condolence at www.erleweinmortuary.com.

The family of Charles "Chuck" Dixon Whiting III created this Life Tributes page to make it easy to share your memories.