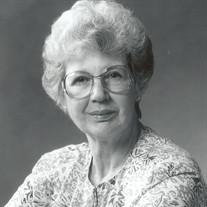 Wilma Faye Taylor was born in 1933 in Indianapolis, IN, the daughter of Fay and Edna (Overman) Rugh. Left motherless at seventeen, her mother’s radiant faith and the love and guidance of Christian friends provided her with amazing opportunities for service. She passed away on January 6, 2018, at Hoosier Village Retirement Center in Zionsville. She graduated from Arsenal Technical High School in 1951 and attended Franklin College before serving as an intern in Montana, Idaho, Utah, Arizona, and Southern California for the American Baptist Convention. She completed her Bachelor’s Degree with distinction in English from Ottawa University in Ottawa, KS in 1956. While at Ottawa, she was the first woman to serve as a student pastor of a Kansas American Baptist rural congregation, and after graduation she was commissioned by the American Baptist Home Mission Society to minister to a five-church parish in West Virginia. Returning to Indianapolis in 1957, she became the first woman to serve as a program secretary for the newly reorganized Indianapolis Metropolitan Family Y.M.C.A., and she directed the first Indianapolis Metropolitan Y.M.C.A. Girl’s Camp, which was historic as the first integrated session. It was during a Sunday service at Garfield Park Baptist Church in Indianapolis in 1958 that God transformed her life by meeting Norman Taylor, who had just returned from Army service in Germany. Their union would be blessed by four children: Norma Taylor of Crestview, FL, Timothy (Catherine) Taylor of Greenville, SC, Cathy (Stephen) Hardwick of Carmel, IN, and Bethany (Ronald) Warren of Kyle, TX, who all survive her. The family resided in Beech Grove, IN and Morristown, IN, where they were active in school and community life. Her joy and love for her husband, her children and her grandchildren, Chelsea (Brandon) Langston, Natalie (Nate) Argaw, Jonathan Warren, Grace Hardwick, Grant Hardwick and Jordan Warren, and great-grandchildren, Taylor and Griffon Langston was unbounded. She is also survived by sister-in-law Barbara Taylor of Louisville, KY; sister and brother-in-law Martha and David Buehner of Brownsburg, IN; and nieces and nephews Brian Taylor, Jane Lavey, Gretchen (Jake) Herbert, Tony Buehner, and Perrin (Marita) Fulmer. Nephew Thomas Rugh, her “little brother,” and wife Marty were her dearest companions. Wilma taught English at New Palestine High School and in 1978 became the Director of Publications at Warren Central High School in Indianapolis. Her student publications received national awards, and she was recognized by numerous organizations, including the Dow Jones and Columbia University Gold Key Awards for her contribution to scholastic journalism. Also, she was twice honored by Arsenal Technical High School as a distinguished alumnus. After Wilma’s retirement from teaching and Norman’s retirement from Amtrak, from 1995 to 1999 they traveled over thirty thousand miles researching thirteen churches-on-wheels that evangelized towns along the railroads from 1898 to 1948, writing the acclaimed This Train Is Bound For Glory: The Story of America’s Chapel Cars (Judson Press); followed by Gospel Tracks Across Texas: The Story of Chapel Car Good Will in Texas (Texas A & M University Press). Mentored by Edna Barnes Martin, founder of the Indianapolis East Side Christian Center, Wilma wrote Martin’s biography Sister of the Solid Rock (Indiana Historical Society). Her novel, The Valley of the Blue Heron, was published by Guild Press and was awarded First Place in Fiction by the National Federation of Press Women. First Baptist Church, then at Meridian and Vermont, that mentored her as a youth, was her heart’s home. After the death of her husband and her move to Hoosier Village, she returned to First Baptist, now at 86th and College. She loved working in the ESL program for the Karen Burmese refugees who settled near the church, sang in the choir, and was active in the Women Circles. The family also found service and fellowship at Garfield Park Baptist of Indianapolis; Little Blue River Baptist and Gwynneville Christian, both of Shelby County; and First Baptist Church of Rushville. A past president of Press Women of Indiana, Wilma also was active in the American Baptist Historical Society. Visitation will be held on Thursday, January 11, 2018, from 4:00 p.m. until 7:00 p.m. at Erlewein Mortuary & Crematory, 1484 W. US Hwy. 40, Greenfield, IN 46140. A memorial service will be held on Friday, January 12, 2018, at 10:00 a.m. at the Hoosier Village Chapel, 9875 Cherryleaf Drive Indianapolis, IN 46268. A private burial will be held at Orchard Hill Cemetery in Wanamaker, IN. In lieu of flowers, memorial contributions may be made by mail to the Edna Martin East Side Christian Center, P.O. Box 18388, Indianapolis, IN, 46268, or envelopes will be available at the mortuary and chapel. Friends may share a memory or a condolence at www.erleweinmortuary.com.

Wilma Faye Taylor was born in 1933 in Indianapolis, IN, the daughter of Fay and Edna (Overman) Rugh. Left motherless at seventeen, her mother&#8217;s radiant faith and the love and guidance of Christian friends provided her with amazing opportunities... View Obituary & Service Information

The family of Wilma Faye (Rugh) Taylor created this Life Tributes page to make it easy to share your memories.

Wilma Faye Taylor was born in 1933 in Indianapolis, IN, the daughter...