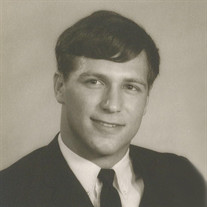 GREENFIELD – William Lee Schisler, age 70, of Greenfield, passed away on Sunday, April 14, 2019 at Hancock Regional Hospital. He was born in Monmouth, Illinois on September 11, 1948 to William E. and Irene Lucille (Sowers) Schisler. He graduated from Roseville High School in 1966 in Roseville, IL and attended Western Illinois University. Lee served in the Army during the Vietnam War as a Specialist 4th Class from September 1968 through September 1969. He most recently worked for Wolfe & Swickard Machine Company in Indianapolis as a machinist for 19 years retiring in 2015. He had also worked from Langford Spray Paint in Roseville, IL as a painter for 10 years and also at Stone Container in Indianapolis as a flexo folder operator for 10 years. Lee attended St. Michael Catholic Church and was a member of the American Legion in Roseville, IL. He was an avid fan of the Chicago Cubs, Green Bay Packers, and Chicago Blackhawks. Lee is survived by his daughter, Mande (Jesse) Norman of Noblesville; mother of children, Angela Schisler of Greenfield; three grandchildren, Bella, Evan, and Quin; and sister, Sharon Bycroft of Oklahoma City, OK. He was preceded in death by his parents, William and Irene Schisler; and son, Timothy James Schisler. Memorial calling will be held on Tuesday, April 23, 2019, from 10:00 a.m. until 11:00 a.m. at St. Michael Catholic Church, 519 Jefferson Blvd, Greenfield, IN 46140. A mass of Christian burial will immediately follow the gathering at 11:00 a.m. Inurnment will take place at Park Cemetery in Greenfield with military rites presented by the Greenfield Veterans Honor Guard and active duty. Memorial contributions may be made by mail to Vasculitis Foundation, PO Box 28660, Kansas City, MO 64188 or The COPD Foundation, 3300 Ponce de Leon Blvd., Coral Gables, FL 33134. Envelopes will be available at the church. Friends may share a memory or a condolence at www.erleweinmortuary.com. Arrangements are being handled by Erlewein Mortuary & Crematory in Greenfield.

The family of William Lee Schisler created this Life Tributes page to make it easy to share your memories.