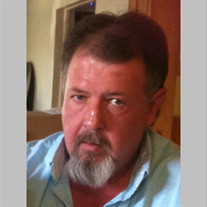 RUSHVILLE – William L. Jones, Jr., age 48, of Rushville, passed away on Tuesday, April 9, 2019. He was born in Indianapolis on January 15, 1971 to William L. and Linda S. (Baker) Jones. William married Tina (Spegal) on August 21, 2015 in Greenfield. He currently worked for the Indiana Department of Transportation since April 17, 1990. William was a member of the Shirley Masonic Lodge. He enjoyed going antiquing and watching American Pickers. He loved old cars and collected Hot Wheels. He most of all cherished spending time with his family and grandchildren. William is survived by his wife, Tina Jones of Rushville; son, William “Billy” Jones III of Pendleton; father, William L. Jones, Sr. of Greenfield; step-son, Jacob Harper of Arlington; step-daughter, Renae Harper of Greenfield; seven grandchildren and one on the way; and sisters, Tammie Moran of Greenfield and Cindy Lucid of Indianapolis. He was preceded in death by his mother, Linda Jones; brother-in-law, Kevin Moran; and sister-in-law, Shellie Cavaletto. Visitation will be held on Sunday, April 14, 2019, from 3:00 p.m. until 7:00 p.m. at Erlewein Mortuary & Crematory, 1484 W. US Hwy. 40, Greenfield, IN 46140. A funeral service will be held on Monday, April 15, 2019, at 11:00 a.m. at the mortuary. Ryan McCarty will be officiating. Burial will follow at McCray Cemetery in Wilkinson. Memorial contributions may be made by mail to P.A.W.S., 1547 N. State Street, Greenfield, IN 46140 or American Diabetes Association, P.O. Box 15829, Arlington, VA 22215. Envelopes will be available at the mortuary. Friends may share a memory or a condolence at www.erleweinmortuary.com.

The family of William L. Jones Jr. created this Life Tributes page to make it easy to share your memories.