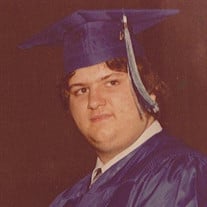 NEW CASTLE – Todd Rockey, age 58, of New Castle, passed away Wednesday, September 15, 2021. He was born in Greenfield on March 10, 1963 to Raymond Rockey and Charlotte (Massie) Rockey. He graduated from Greenfield Central High School in 1981. Todd received his associate’s degree from Vincennes University, his bachelor’s degree from Indiana University, and his master’s degree from Indiana Wesleyan University. On September 28, 1985, he married Kathie Kinder in Maxwell, Indiana. He worked in marketing for CTI and other various companies for many years. He was also a minister student at Union United Methodist Church in Noblesville and attended Faith United Methodist Church and Trinity Park United Methodist Church. He was a member of the NRA and liked watching NASCAR and Indy 500 races. In his free time, he enjoyed golfing, traveling to Florida and studying history topics. Todd is survived by his wife, Kathie Rockey of New Castle; parents, Raymond and Charlotte Rockey of Wilkinson; children, Eric (Kirstie) Rockey of Greenfield, Randy Rockey of New Palestine, and Kathryn Rockey of New Castle; and 9 grandchildren, Jacob, Devon, Bella, Ashlynn, Luke, Serenity, Gabriela, Michael, and Beau. He was preceded in death by his brother, Doug Rockey. A celebration of life gathering will be held on Tuesday, September 21, 2021, from 5:00 p.m. until 8:00 p.m. at Erlewein Mortuary & Crematory, 1484 W. US Hwy. 40, Greenfield, IN 46140. Friends may share a memory or condolence at www.erleweinmortuary.com.

The family of Todd Rockey created this Life Tributes page to make it easy to share your memories.