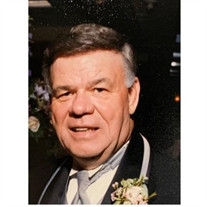 GREENFIELD – Terry Lee Hiatt, 77, of Greenfield, passed away Thursday, December 2, 2021, at Ascension St. Vincent Hospital in Indianapolis. He was born on November 12, 1944, in Indianapolis to the late, Maurice and Ada (Emrick) Hiatt. Terry graduated from Emmerich Manual High School in Indianapolis and would later attend the Indiana Law Enforcement Academy. Terry also served in the United States Army National Guard during the Vietnam War era. Terry married the love of his life, Trudy (Cook) Hiatt on August 25, 1974, in Indianapolis. He spent much of his career working his way through the ranks of the Indianapolis Police Department, eventually retiring at the rank of narcotics detective. Terry was also a member of the department’s drill team. He then spent some more time on the Indianapolis Public Schools Police Department after retirement from the I.P.D. Terry was a member of the Fraternal Order of Police Lodge #86 in Indianapolis. Terry had a love for music especially the drums. While in high school, Terry was voted the best drummer in the state. He also enjoyed golfing, gardening, yardwork, especially mowing his own and other neighbors’ yards, but above all else he enjoyed spending time with his family and grandchildren. Terry is survived by his wife, Trudy Hiatt of Greenfield; daughters, Angela (Mike) McKee of Princeville, Illinois; Missy (Jason) Llewellyn of Fishers; sister, Sharon (Jack) Leser of Cookeville, TN; brother, Maurice “Duke” Hiatt of Greenfield; 5 grandchildren, Sean (Wendy), Matt, and Katie McKee; and Grace and Macy Llewellyn. Terry was preceded in death by his parents mentioned above. A Celebration of Terry’s life will be at The Hawthorns Golf & Country Club 12255 Club Point Drive, Fishers, IN 46037 on January 8, 2022 at 2:00-5:00 p.m. Memorial contributions may be made by mail to one of the following organizations: St. Jude Children’s Research Hospital, 501 St. Jude Place, Memphis, TN 38105, American Cancer Society, 5635 W 96th St Suite 100, Indianapolis, IN 46278 or Cathedral High School, 5225 E 56th Street, Indianapolis, IN 46226 Friends may share a memory or condolence online at www.erleweinmortuary.com. Arrangements are being handled by Erlewein Mortuary & Crematory in Greenfield.

GREENFIELD &#8211; Terry Lee Hiatt, 77, of Greenfield, passed away Thursday, December 2, 2021, at Ascension St. Vincent Hospital in Indianapolis. He was born on November 12, 1944, in Indianapolis to the late, Maurice and Ada (Emrick) Hiatt.... View Obituary & Service Information

The family of Terry Hiatt created this Life Tributes page to make it easy to share your memories.