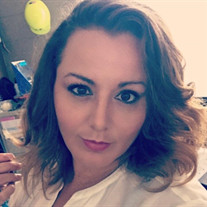 INDIANAPOLIS – Susan Kathleen (Schafer) Cavaletto, age 39, of Indianapolis, passed away suddenly on Sunday, August 12, 2018. She was born on June 16, 1979 in Shawnee Mission, Kansas. She graduated from Lawrence Central High School in 1998, and she later married the love of her life, James A. Cavaletto, on January 29, 2017 at the Garden Chapel in Greenfield. Susan was the Director of Maintenance for the YMCA in Indianapolis and enjoyed decorating in her free time. Her family meant the world to her, and she cherished all the time she spent with them. Susan is survived by her husband, James Cavaletto; parents, Brian and Susan Schafer; daughter, Breann Bradley; step-son, Landon Cavaletto; brothers, James Lewis Dill, Ricky Howard Fanning, Christopher Joseph Schafer; aunts, Deborah, LeaWanda, Mandy; uncles, Kevin, Leo, Alan, Joe, Herbert Jr., Frank, Ernest; 23 cousins; one nephew; 7 nieces; mother-in-law, Irma Greene; and brothers and sisters-in-laws, Marsha, Sheri, David, Mike, Bill, and Joyanna. She was preceded in death by her niece, Giuliana “Gigi”; Grandma Rita; Uncle Neil; cousin, Alison; and father-in-law, Ernie Cavaletto. Visitation will be held on Friday, August 17, 2018, from 4:00 p.m. until 8:00 p.m. at Erlewein Mortuary & Crematory, 1484 W. US Hwy. 40, Greenfield, IN 46140. A funeral service will be held on Saturday, August 18, 2018, at 10:00 a.m. at the mortuary. Burial will follow at Park Cemetery in Greenfield. Friends may share a memory or a condolence at www.erleweinmortuary.com.

The family of Susan Kathleen (Schafer) Cavaletto created this Life Tributes page to make it easy to share your memories.