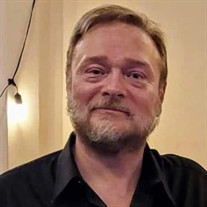 INDIANAPOLIS – Steven “Steve” R. Slinkard, age 59, of Indianapolis, passed away on Saturday, December 18, 2021 at Community Hospital East. He was born in Greenfield on December 12, 1962 to Jon P. and Dorothy (Willits) Slinkard. Steve attended Eastern Hancock High School until he joined the U.S. Marine Corps. at age 17. After serving in the U.S. Marines, he began a long and distinguished career in emergency medical services (EMS). Steve completed his EMT training at Methodist Hospital in 1983 and the St. Vincent Paramedic Program in 1988. He was a paramedic for Wishard Ambulance Service in Indianapolis for 20 years and worked at various other ambulance services over his 27 year career. Steve was a deputy coroner for Hancock County from 2013-2017. In 2008, he was a nominee for Hancock County Coroner. He liked the outdoors, mountains, and camping. Steve loved his Diet Cokes. Steve was highly respected by his friends and colleagues. They described him as being a very genuine, kind and caring man, and a great mentor and EMT/paramedic preceptor. Many people knew Steve and his children’s story. He was an inspiring example of perseverance throughout the journey. Everyone celebrated with his family when his hope and determination was rewarded in 2014 upon being reunited with his sons and, again, in 2019 when he was reunited with his daughter. Steve is survived by his children: Andrew Slinkard of Greenwood, Nathan (Jordan) Slinkard of Greenfield, and Sydney (Oscar) Slinkard of Mexico; grandchildren, Camilo and Ashley; sisters, Debra (Tom) Pomeroy of Greenfield and Sandra (Robert) Wolfla of Sulphur Springs, IN; and nieces and nephew, Keiria, Breanna and Landon. Steve was preceded in death by his parents, Jon and Dorothy Slinkard. A celebration of life gathering will be held on Thursday, December 30, 2021, from 5:00 p.m. until 7:00 p.m. at Erlewein Mortuary & Crematory, 1484 W. US Hwy. 40, Greenfield, IN 46140. In lieu of flowers, please consider the needs of Steve’s family by sending memorial contributions to Erlewein Mortuary, 1484 W. US Hwy. 40, Greenfield, IN 46140. Friends may share a memory or condolence at www.erleweinmortuary.com.

The family of Steven "Steve" Slinkard created this Life Tributes page to make it easy to share your memories.