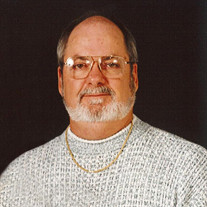 GREENFIELD – Stephen Paul “Steve” Schuyler, age 69, of Greenfield, went to be with the Lord on Friday, February 9, 2018. He was born on March 31, 1948 in Mt. Comfort as the son of Orbin O. and Margaret L. (Riley) Schuyler. He was a part of the Greenfield High School Class of 1967. He served in the Army from 1970-1972. Steve married Connie Jean (Reger) on November 15, 1969 in Greenfield. He worked for General Motors – Delco Remy in Anderson for 34 years. Mr. Schuyler was a member of Eden Masonic Lodge #477. He enjoyed tinkering in his garage working on, collecting and building old cars and fishing. He loved his family and grandchildren and his dogs, Tunica Victoria and Pete. Steve had a great sense of humor and loved to tease and torment his family and friends. “When I leave this world, I want to go out with a smile.” - Steve Steve was the loving husband of Connie Schuyler of Greenfield and the father of, Stephenie (John) Dreessen of LaPorte, IN, Stephen Paul Schuyler II of Wilkinson, Tommy (Emily) Schuyler of Springhill, TN and Melissa (Josh) Sparks of Greenfield. He is also survived his brother, Jack (Pat) Schuyler of Greenfield; sister, Maryann Arnett of Greenfield; and five grandchildren, Stephen Paul III, Kailey, Paige, Schuyler, and Kadence. He was preceded in death by his parents, Orbin and Margaret Schuyler; sister, Darlene Weber; and two infant sons, Christopher and Allen. Visitation will be held on Thursday, February 15, 2018, from 4:00 p.m. until 8:00 p.m. with a Masonic Service at 7:45 p.m. at Erlewein Mortuary & Crematory, 1484 W. US Hwy. 40, Greenfield, IN 46140. A funeral service will be held on Friday, February 16, 2018, at 1:00 p.m. at the mortuary. Pastor Harold Whitlock will be officiating. Burial will follow at Park Cemetery in Greenfield with military rites presented by the Greenfield Veterans Honor Guard. Memorial contributions may be made by mail to the Parkinson's Foundation, 200 SE 1st Street, Suite 800, Miami, FL 33131 or American Cancer Society, P.O. Box 22718, Oklahoma City, OK 73123. Envelopes will be available at the mortuary. Friends may share a memory or a condolence at www.erleweinmortuary.com.

The family of Stephen Paul "Steve" Schuyler created this Life Tributes page to make it easy to share your memories.