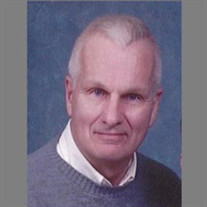 INDIANAPOLIS – Stephen Kenneth Allison, age 79, of Indianapolis, passed away Tuesday, April 12, 2022 at Community East Hospital. He was born in Indianapolis on March 8, 1943 to Gene M. Allison and Kathryn (Baker) Allison. He graduated from Shortridge High School in 1961 and served in the United States Army from 1964 until 1970. In the army, he was a 1st lieutenant and airborne jungle expert. Stephen married Myra Hungerford on July 12, 1969 in Shelbyville. For over 23 years, he worked as a fireman at Station #16 in Indianapolis and retired in 1992. Stephen was a member at the American Legion Post #34, Indianapolis Firefighters Local #416, VFW #5626, and the Circle Masonic Lodge #23. He was also a very involved member at Cumberland Christian Church. In his free time, he enjoyed reading, listening to classical music, learning about history, and volunteering at Franklin Central High School. Stephen is survived by his sons, Sam (Angela) Allison of Franklin and Max (Erica Turner) Allison of Indianapolis; five grandchildren, Bryce, Payton, Cole and Carter Allison and Jocelyn Turner; and sister, Mary “Kaye” (Dr. Wilbur) Wilson of Cynthiana, KY. He was preceded in death by his parents, Gene and Kathryn; and wife, Myra Allison. Visitation will be held on Friday, April 22, 2022, from 11:00 a.m. until 1:00 p.m. at Erlewein Mortuary & Crematory, 1484 W. US Hwy. 40, Greenfield, IN 46140. A Masonic service will begin at 1:00 p.m. followed by a Celebration of Stephen’s Life service. Reverend Tom Scott will be officiating. Burial will follow at Forest Hill Cemetery in Shelbyville. Military rites will be presented by the United States Army. In lieu of flowers, memorial contributions may be made by mail to Cumberland Christian Church, 39 N Starter St, Cumberland, IN 46229; Wheeler Mission, PO Box 3085, Indianapolis, IN 46206; Salvation Army, 6060 Castleway West Drive, Indianapolis, Indiana 46250; Mental Health Partners of Hancock County, 98 E North St #204, Greenfield, IN 46140. Envelopes will be available at the mortuary. Friends may share a memory or condolence at www.erleweinmortuary.com.

The family of Stephen Allison created this Life Tributes page to make it easy to share your memories.