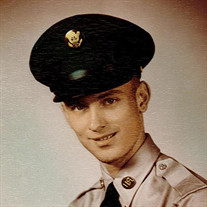 GREENFIELD – Russell L. Reed, age 78, of Greenfield, passed away Thursday, July 15, 2021 at Community Hospital East. He was born in Rushville, IN on December 4, 1942 to Philip and Eileen (Jessup) Reed. He graduated from Charlottesville High School in 1961. Mr. Reed received his Agriculture degree from Purdue University. He served in the National Guard. He married Diane (Lawson) Reed on March 26, 1967 in Greenfield, IN. He worked as a Material Handler for General Motors for more than 30 years. In addition, Mr. Reed was a member of First Presbyterian Church of Greenfield, the UAW Local 1963 – Anderson Chapter, former Tyler with the Hancock County Masonic Lodge #101, member of the Indianapolis Scottish Rite, Community Choir, NRA, Indy Honor Flight, Order of the Eastern Star of Hancock County, and volunteered for the Bunnies Hop-A-Lot with the 4-H club. He enjoyed fishing, hunting, camping, and playing guitar and harmonica with “Friendship Musical Group.” He is survived by his wife, Diane (Lawson) Reed of Greenfield; son, Daniel (Ann) Reed of Goshen, KY; daughters, Portia (Samuel) Smith of Middletown, IN, and Gretchen (Ben) Basicker of Knightstown, IN; and five grandchildren, Misty and Stormy Smith, Robert Reed, and Kyle and Kaylee Basicker. He was preceded in death by his parents, Philip and Eileen (Jessup) Reed; and two infant grandchildren, Autumn and Austin Smith. Visitation will be held on Wednesday, July 21, from 10:00 a.m. until 12:00 p.m. at Erlewein Mortuary & Crematory, 1484 W. US Hwy. 40, Greenfield, IN 46140, immediately followed by a Masonic service and celebration of Russell’s life. Burial will follow at Asbury Cemetery in Morristown, IN with military honors by Greenfield Veterans Honor Guard. In lieu of flowers, memorial contributions may be made to the Indy Honor Flight, PO Box 10, Plainfield, IN 46168. Envelopes will be available at the mortuary. Friends may share a memory or condolence at www.erleweinmortuary.com.

GREENFIELD &#8211; Russell L. Reed, age 78, of Greenfield, passed away Thursday, July 15, 2021 at Community Hospital East. He was born in Rushville, IN on December 4, 1942 to Philip and Eileen (Jessup) Reed. He graduated from Charlottesville... View Obituary & Service Information

The family of Russell L. Reed created this Life Tributes page to make it easy to share your memories.