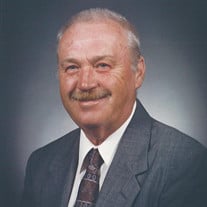 GREENFIELD – Ronald L. “Ron” Marlin, age 79, of Greenfield, passed away on Wednesday, May 26, 2021 at Hancock Regional Hospital with his loved ones by his side. He was born in Acton, Indiana on September 12, 1941. He attended Whiteland High School. Ron married Susan Juanita (Bryant) on August 31, 1974 in Indianapolis. He was the owner and operator of Marlin Plant Kingdom in Greenfield for 40 years and the owner of Marlin Farm Service. Ron was a member of Greenfield Christian Church. He was the former Fire Chief for Acton Volunteer Fire Department. Ron began American in Bloom in Greenfield, which developed much of the beautification of downtown Greenfield. Winning several awards with the organization. He later participated in Greenfield in Bloom. He enjoyed growing flowers, farming and repairing farm equipment. Ron is survived by his children, Tammey (David) Bennett of Indianapolis, Pam (Shawn) Mackey of Greenfield, and Gary (Patty) Marlin of Indianapolis; four grandchildren, Kaylynn and Tracy Bennett, Mackenzie Mackey and Bill Frost; and three nephews. He was preceded in death by his parents; wife, Susan Marlin; brother, Burton Marlin; and sister, Margaret-Ellen Beisinger. Visitation will be held on Sunday, June 6, 2021, from 1:00 p.m. until 5:00 p.m. at Erlewein Mortuary & Crematory, 1484 W. US Hwy. 40, Greenfield, IN 46140. A funeral service will be held on Monday, June 7, 2021, at 11:00 a.m. at the mortuary. Pastor Paul Romoser will be officiating. Burial will follow at Asbury Cemetery in Morristown Memorial contributions may be made by mail to Greenfield in Bloom, c/o Hancock County Community Foundation, 312 E. Main Street, Greenfield, IN 46140 or envelopes will be available at the mortuary. Friends may share a memory or condolence at www.erleweinmortuary.com.

The family of Ronald "Ron" Marlin created this Life Tributes page to make it easy to share your memories.