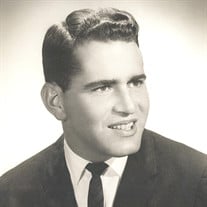 GREENFIELD – Roger M. Moore, age 77, of Greenfield, passed away on Saturday, May 19, 2018. He was born on December 15, 1940 in Mason City, Iowa as the son of Clarence E. and Grace M. (Schultheis) Moore. Roger earned his Eagle Scout and graduated from Taft High School in Chicago, IL. He then attended, played football and graduated from Ottawa University in Kansas. Roger joined the Navy, graduated from Officer Candidate School and served as an officer for four years. Roger moved to Chicago, where he met and married his wife of 34 years, Priscilla (Pat) Anne Tapscott. He was a hard-working and successful State Farm Insurance Agent. Roger was devoted to his family and served many years at his church. Growing up, he was a member of North Shore Baptist Church in Chicago and later a member of Southport UMC. Roger enjoyed golfing, coaching his children’s teams, and running in the mini-marathon. He also had a heart for prison ministry. He was an avid Cubs and Bears fan and enjoyed listening to country music, especially Willie Nelson, Johnny Cash, and Waylon Jennings. Roger is survived by his son, James (and Erin) Moore and daughter, Laura (and Greg) Clark; grandchildren, Laura, Dave, Kate, Charlie, Sarah, Caroline, and Lydia, nephews and cousins. He was preceded in death by his parents and sister, Marilyn Dodson. Visitation will be held on Monday, May 28, 2018, from 11:00 a.m. until 1:00 p.m. at Erlewein Mortuary & Crematory, 1484 W. US Hwy. 40, Greenfield, IN 46140. A funeral service will take place immediately following the visitation at 1:00 p.m. Greg Oertel will be officiating. Memorial contributions may be made by mail to the Cubs Care, c/o Robert R. McCormick Foundation, Attn: Development, 205 N. Michigan Avenue Suite 4300, Chicago, IL 60601, by website at https://donate.mccormickfoundation.org/cubs-care-landing, or envelopes will be available at the mortuary. Friends may share a memory or a condolence at www.erleweinmortuary.com.

The family of Roger M. Moore created this Life Tributes page to make it easy to share your memories.