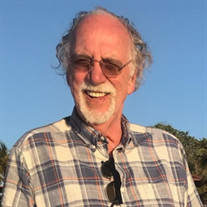 Richard Wayne “Dick” McEwan, age 79, of Oak Park, IL, formerly of DeMotte, IN and anywhere his “home on wheels” roamed, passed away Tuesday, November 12, 2019. He was born in Watseka, IL on November 29, 1939 to Kenneth and Marie (Sennet) McEwan. Dick graduated from Rensselaer High School in 1959 and obtained his Bachelor’s Degree from Indiana State University in 1964. He later earned his Masters in Education. He married Jane Ann (Budd) on December 30, 1962 in Medaryville, IN. He was a Phys Ed teacher and Varsity Basketball Coach at DeMotte and Kankakee Valley High School and later became Dean of Students and Athletic Director for the Kankakee Valley School Corporation. After 34 years in Education, he retired in 1998. After retirement, Dick taught drivers training for AA Indiana Driving School in Carmel, IN and for the past several summers for Adams Driving School in Morton Grove, IL. He was a member of the DeMotte United Methodist Church. He was a planner and organizer for the Rensselaer High School class reunions and various gatherings. Dick LOVED traveling the country in the 5th Wheel RV he and his wife Janie lived in full time after retiring, seeing our great country, helping others, and volunteering for Habitat for Humanity and for NOMADS. He was an avid follower of Dr. David Jeremiah. Following the sudden, unexpected passing of his beloved “Sweetie”, he wanted to know all he could about Jane’s heavenly home. After nearly 2 years of daily devotion and research, Dick wrote a dissertation he titled “Heaven” in honor of his beloved Janie. This was one of his proudest accomplishments and he continued to share this project of love up until his passing with those he encountered that he felt might benefit from the peace this work brought him. Dick loved his fur grandbabies, George and Grace and being with family, especially his 15 grandchildren and 8 great-grandchildren. Dick is survived by his son, Todd McEwan of Oak Park, IL; daughters, Melissa (Ryan) Williamson of Hudson, FL, Marsha (Richard Glickstein) McEwan of Mount Kisco, NY, and Annie (Doug) Anderson of Kouts, IN; 15 grandchildren; 8 great-grandchildren; and siblings, Fred McEwan of Rensselaer, IN and Martha Ann Clark of Kewanna, IN. He was preceded in death by his parents, Kenneth and Marie McEwan; wife, Jane McEwan; and son, Billy McEwan. A celebration of life will be held on December 21, 2019, at 10:00AM CST until 11:00AM CST at DeMotte United Methodist Church in DeMotte, IN. A luncheon and gathering will be held from 11:00AM CST until 2:00PM CST at the church. In lieu of flowers, memorial contributions may be made to NOMADS Global Ministries, by website at https://nomads-reg.brtapp.com/donatetoNOMADS . Friends may share a memory or condolence at www.erleweinmortuary.com. Arrangements are being handled by Erlewein Mortuary & Crematory in Greenfield.

The family of Richard "Dick" McEwan created this Life Tributes page to make it easy to share your memories.