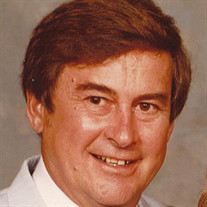 GREENFIELD - Raymond J. Sirosky, age 84, of Greenfield, passed away Wednesday, July 1, 2020. He was born in Shirley, Indiana on October 29, 1935 to Francis and Mirlie (Dick) Sirosky. He graduated from Wilkinson High School in 1953. Mr. Sirosky received his associate’s degrees from Purdue University and served in the National Guard. He married Marilyn S. (Gribbons) Sirosky on March 17, 1955 in New Castle He owned Sirosky Electrical Inc. in Greenfield for many years. Raymond was a member of St. Michael’s Catholic Church and was active in the men’s club. He was a member and former secretary of the Rotary Club, past president of the Holy Name Society and past president of Members Services of REMC. He was also the service director for the Hancock County Fair Queen Pageant. Raymond also enjoyed working, fishing and gardening. He is survived by his loving wife, Marilyn Sirosky of Greenfield; children, Jonna (George) Kiesel of Tampa, FL, Patty Sirosky of Greenfield, Sue (Rodney) Cauldill of Elizabethtown, Beth Burgess of Greenfield and Bernie Sirosky of Greenfield; brother, Frank Sirosky of Knightstown; grandchildren, George, Mary, Tony, Andy, Jared, Anna, Joe, Neil, Patrick, Ryan, Jonathon, Lindsey, Chad, Drew, Jessica, Jordan and Kalee; and many great-grandchildren. He was preceded in death by his parents; son, Ray Anthony Sirosky; and sister, Pauline Harlan. There will be a private mass of Christian burial and masks will be required. Arrangements are being handled by Erlewein Mortuary & Crematory in Greenfield. In lieu of flowers, memorial contributions may be made by mail to St. Jude Children’s Hospital, 501 St. Jude Place, Memphis, TN 38105-9959. Friends may share a memory or condolence at www.erleweinmortuary.com.

The family of Raymond J. Sirosky created this Life Tributes page to make it easy to share your memories.