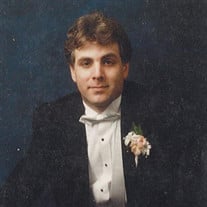 PALOS PARK, IL - Peter James Parenti, Sr., age 66, of Palos Park, Illinois, passed away peacefully surrounded by his family Wednesday, May 25, 2022, at IU Methodist Hospital, in Indianapolis, IN. He was born in Chicago on January 31, 1956, to Agnes (Best) and Peter Parenti. In his early years, he grew up in Chicago, and the family later moved to Glen Ellyn, IL. Pete graduated from Glenbard West High School, and attended College of Dupage, while he pursued his passion of riding motocross with his closest friends. On April 6, 1991, Pete married Diane Marie Hank at St. Vincent Ferrer Church in River Forest, Illinois. Eventually he joined the family business Par Craft Marking Products, Inc., later becoming President after his father’s retirement in 1993. During this time, Pete designed and built the “VoyaJer” automated affixing machines that streamlined the production of stencils and helped further grow the business. Pete started several businesses of his own with the same inventive passion of his father. Total Sanity Solutions, Inc. was a network computer business he created which allowed him to pursue his love and passion for computers. Later, he started Total Control Sports, Inc. where he invented and patented the Total Control Ball, a product that would revolutionize softball and baseball. In his free time he enjoyed riding Harley Davidson Motorcycles, bass fishing, tinkering with computers, and traveling with his daughter Ashley, who shared the same passion and love of softball. He coached and sponsored various softball teams over the course of Ashley's career. The love of motocross was passed down to his son Peter, Jr. and another business arose, OCR Racing and OCR Suspension. He contributed to the sport by offering his help and services and sponsorship to anyone in need. Pete is survived by his wife of 31 years, Diane Parenti; daughter, Ashley Parenti (Sam Bett); son, Peter Richard Parenti; sister, Sandy Fugate (John); nephew, Brad Fugate (Chloe); sister-in-law, Barbara (Hank) Rambousek; niece, Megan Rambousek; and nephew, Carter Rambousek. He was preceded in death by his parents, Agnes and Peter Parenti; One infant brother, Peter Parenti; and nephew, Matthew Fugate. A Celebration of Life will be held on a later date. Arrangements are being handled by Erlewein Mortuary and Crematory in Greenfield, Indiana. In lieu of flowers, memorial contributions may be made by mail to the American Heart Association, 300 S. Riverside Plaza, Chicago, IL 60606 or by website at https://www.heart.org/en/affiliates/illinois/chicago. Friends may share a memory or condolence at www.erleweinmortuary.com.

PALOS PARK, IL - Peter James Parenti, Sr., age 66, of Palos Park, Illinois, passed away peacefully surrounded by his family Wednesday, May 25, 2022, at IU Methodist Hospital, in Indianapolis, IN. He was born in Chicago on January 31, 1956, to... View Obituary & Service Information

The family of Peter Parenti Sr. created this Life Tributes page to make it easy to share your memories.