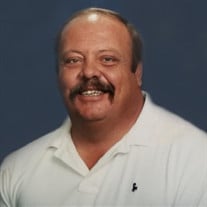 GREENFIELD – Michael Nelson Shull, age 63, of Greenfield, passed away on Saturday, February 16, 2019. He was born in Greenfield on August 19, 1955 to William Nelson and Susan Carol (Whitaker) Shull. He graduated from Greenfield Central High School in 1974. In 1978 he graduated from the Indiana Law Enforcement Academy in Plainfield. Michael married Charlotte Gail (Hammer) on August 12, 1995 in Greenfield. Michael was a truck driver for several years before joining the sheriff’s department. He served as a sergeant, K-9 officer, and detective with the Hancock County Sheriff’s Department for 30 years before retiring in 2008. Michael was the owner of Maddog’s Pizza in Greenfield for 10 years. He was a life-time member of the Fraternal Order of Police in Greenfield, where he served as the president. Michael enjoyed camping and loved his German Shepherds. He loved watching NASCAR but had always enjoyed racing himself. He raced stock cars and figure eights in the 80’s and 90’s. He won the Sportsman Championship at Anderson Speedway in 1992. He was a devoted dad to his daughter, Tiffany. Michael was outgoing, funny, friendly, and always had a smile on his face. He had a way of making friends with anyone, any stranger could become a friend immediately. Michael is survived by his wife, Charlotte Shull; brother, Casey (Christine) Shull; sister, Shannon (Neal) Hancock; brotherly friend and cousin, John Shaw; and several nieces and nephews. He was preceded in death by his daughter, Tiffany Shull; and parents, William and Susan Shull. Visitation will be held on Wednesday, February 20, 2019, from 3:00 p.m. until 7:00 p.m. at Erlewein Mortuary & Crematory, 1484 W. US Hwy. 40, Greenfield, IN 46140. A funeral service will be held on Thursday, February 21, 2019, at 10:30 a.m. Pastor David Woods will be officiating. Burial will follow at Park Cemetery in Greenfield. In lieu of flowers, Memorial contributions may be made by mail to the Hancock County Fraternal Order of Police #140, 400 E Davis Rd, Greenfield, IN 46140 or envelopes will be available at the mortuary. Friends may share a memory or a condolence at www.erleweinmortuary.com.

GREENFIELD &#8211; Michael Nelson Shull, age 63, of Greenfield, passed away on Saturday, February 16, 2019. He was born in Greenfield on August 19, 1955 to William Nelson and Susan Carol (Whitaker) Shull. He graduated from Greenfield Central... View Obituary & Service Information

The family of Michael Shull created this Life Tributes page to make it easy to share your memories.