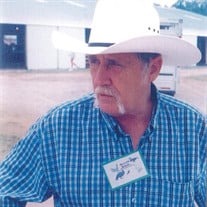 MORRISTOWN – Merrill Wayne Storm, age 77, passed peacefully at home on March 19, 2022 after a brave battle with cancer. Merrill was born on July 18, 1944 in Shelbyville, IN, the son of Wayne Storm and Ruth (Swain) Storm. He was a graduate of Triton Central High School. Following high school, he enlisted in the Navy and served on the USS Shangri-La aircraft carrier. After four years of service, Merrill farmed and also worked at Naval Avionics as a Fire Inspector and Department of Defense Security. He worked at and later retired from Ford Motor Company. During the 1970s, Merrill was a volunteer fireman and EMT for Sugar Creek No. 1 in New Palestine. Merrill loved birds and raised poultry from the age of 5. He was a member of the American Poultry Association, the American Bantam Association, the Indiana State Poultry Association, and various other poultry clubs. For years he would regularly attend poultry show competitions, winning many awards and trophies for his show birds. “If it had feathers, I could raise it”, he would joke. He was the Poultry Superintendent for Shelby County 4-H for 30 years. Many of those years were spent working alongside his 4-H partner and friend, Brenda Nortrup. Merrill was also asked to present his birds at various elementary schools, where he would entertain the children and educate them about the birds he loved so much. He enjoyed being around people as much as he enjoyed birds and never met a stranger. His wonderful sense of humor, caring nature, and talent for storytelling endeared him to many. It is fitting that he passed on National Poultry Day, March 19th. Merrill will be greatly and forever missed by his wife of 47 years, Donna; their three sons, Ryan of Indianapolis, Aaron of Morristown, and Brandon of Morristown; sisters, Mary Ann (David) Sullivan of Fairland, Teresa Storm of Lafayette, Sarah (Kerry) Dorsey of Greenwood, and Lynn (Mitch) Emmons of French Lick; brother, Larry Storm of Indianapolis. He is also survived by several nieces and nephews. He was preceded in death by his parents, Wayne and Ruth Storm; sister, Ladonna McIntire; and brothers, Billy and Jimmy Coomler. Visitation will be held on Saturday, March 26, 2022, from 11:00 a.m. until 1:00 p.m. at Erlewein Mortuary & Crematory, 1484 W. US Hwy. 40, Greenfield, IN 46140. A funeral service will begin at 1:00 p.m. Burial will follow at New Palestine Cemetery. Military rites will be presented by the Greenfield Veterans Honor Guard. In lieu of flowers, memorial contributions may be made by mail to the Shelby County 4-H Advisory Council Attn: Poultry Project, 20 W. Polk St., Suite 201, Shelbyville, Indiana, 46176 or envelopes will be available at the mortuary. Friends may share a memory or condolence at www.erleweinmortuary.com.

MORRISTOWN &#8211; Merrill Wayne Storm, age 77, passed peacefully at home on March 19, 2022 after a brave battle with cancer. Merrill was born on July 18, 1944 in Shelbyville, IN, the son of Wayne Storm and Ruth (Swain) Storm. He was a graduate... View Obituary & Service Information

The family of Merrill Storm created this Life Tributes page to make it easy to share your memories.