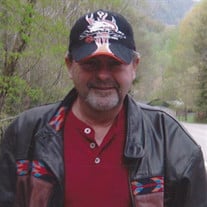 GREENFIELD – Marvin Leslie “Les” Harvey, age 70, of Greenfield, passed away on Sunday, November 11, 2018 at his residence. He was born in Beech Grove on November 25, 1947 to Ebert and Hilda (McIntosh) Harvey. He graduated from Southport High School in 1965 and received auto mechanic training at Lincoln Tech. On November 5, 1966 he married Ellen Marie (McCauley) at Southport Presbyterian Church. Les worked for his uncle Joe McIntosh at American & Foreign Auto Mechanic. In February 1970, he began working at Citizen Gas Utility where he worked for many years before taking an early retirement in October 2001. Les then went on to work for Johnson Trucking until 2012. Les was blessed to have a personal relationship with his Savior Jesus Christ our Lord and served in several capacities in church services from driving the church bus, puppet ministry, to chairman of the board. Marvin was known for his exuberant sense of humor. He enjoyed teasing and telling funny stories and jokes. His pastime was spent watching Westerns and NHRA. He worked hard to provide for his family and devoted to bringing up his family in the nurture and admonition of the Lord. Marvin often spent time praying for family, friends, or anyone he heard that needed prayer. The family looked to his strength and wisdom for guidance and security. He was a witty, compassionate, and loving husband; devoted and faithful father, grandfather and great-grandfather. He is survived by his wife, Ellen Marie Harvey of Greenfield; son, Brian (Michelle) Harvey of Martinsville; daughter, Lisa (Chris) Penn of Morristown; five grandchildren, Charly (Erik) Bjornsen, Kevin Penn, Kaitlyn Harvey, Tianna Penn, and Zach Harvey; two great-grandchildren, Ezzirae Marie and Ella Brooke; brother, Everett (Starla) McCauley; and several cousins. He was preceded in death by his parents, Ebert and Hilda Harvey; and infant brother, Stephen Randolph. Visitation will be held on Thursday, November 15, 2018, from 4:00 p.m. until 8:00 p.m. at Erlewein Mortuary & Crematory, 1484 W. US Hwy. 40, Greenfield, IN 46140. A funeral service will be held on Friday, November 16, 2018, at 10:00 a.m. at Park Chapel Christian Church, 1176 E McKenzie Rd, Greenfield, IN 46140. Pastor David Woods will be officiating. Burial will follow at Forest Lawn Memorial Gardens in Greenwood. In lieu of flowers, memorial contributions may be made by mail to Wounded Warrior Project, PO BOX 758517 Topeka, KS 66675, Kenneth Butler Memorial Soup Kitchen, 202 E Main St, Greenfield, IN 46140, or Wheeler Mission, 205 East New York Street, Indianapolis, IN 46204. Envelopes will be available at the mortuary and church. Friends may share a memory or a condolence at www.erleweinmortuary.com.

The family of Marvin Leslie "Les" Harvey created this Life Tributes page to make it easy to share your memories.