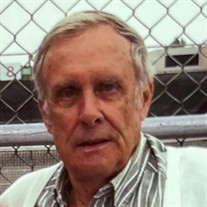 Dr. Kenton Terry Schurr, age 84, of Greenfield, passed away unexpectedly on Wednesday, June 9, 2021. He was born in Bremen, Indiana on December 21, 1936 to Arnold and Edith (Dietrich) Schurr. He graduated from Bremen High School in 1953. Terry received Bachelor’s and Master’s degrees from Ball State University and his Doctorate degree from Michigan State. Terry married Linda S. (Caldwell) on July 25, 1959 in Griffith, IN. Dr. Schurr was a professor and associate director at Ball State University for over 30 years before retiring. His long and exceptional association with Ball State began in the 1950’s when he first enrolled as an undergraduate. After a highly successful career as one of Ball State’s best basketball players, he completed his baccalaureate degree in 1958. Terry entered the public schools as a teacher and coach for about eight years and completed his Master’s degree from Ball State in 1960. In the mid-1960’s, he enrolled at Michigan State University where he earned his doctorate in 1967. Terry then returned to Ball State and was the driving force behind the establishment of what was the Research Computing area of the university. He was then an advocate for research across campus, contributing to the efforts of hundreds of faculty and graduate student researchers. In addition, he taught statistics in the educational psychology department and found time to author numerous journal articles. His overall contributions to the university were recognized when he received the 1992 Researcher of the Year Award. Most importantly family members want to emphasize what a loving father and grandpa that Terry was. He cherished time with his family and attending his grandkids’ activities and sporting events. He loved watching them play tennis, basketball and golf. He was an avid fitness enthusiast and also enjoyed reading, research, working on his 1965 Mustangs and beach vacations with family. He was a member of The Gethsemane United Methodist Church in Muncie. Terry is survived by his wife of 62 years, Linda Schurr of Greenfield; daughters, Terralin (Greg) Schurr-Smith of Columbus, Christy (Jim) Schurr-Dunham of Pendleton, and Kara (Marc) Schurr Lusby of Cumberland; nine grandchildren, Austin, Allie, Aubrey, Kellen, Kenton, Colson, Jamison, Cameron, and Ava; great-grandson, Jay; and a brother, Nick (Marge) Schurr of Colorado. He was preceded in death by his parents, Arnold and Edith Schurr; sisters, Janice and Mary Jo. He will be greatly missed. A private Celebration of Life will be held on a later date. In lieu of flowers, memorial contributions may be made by mail to Ball State University Foundation, 2800 W. Bethel Ave., Muncie, IN 47304, by website at https://connect.bsu.edu/18/give. Friends may share a memory or condolence at www.erleweinmortuary.com. Arrangements are being handled by Erlewein Mortuary & Crematory in Greenfield.

Dr. Kenton Terry Schurr, age 84, of Greenfield, passed away unexpectedly on Wednesday, June 9, 2021. He was born in Bremen, Indiana on December 21, 1936 to Arnold and Edith (Dietrich) Schurr. He graduated from Bremen High School in 1953.... View Obituary & Service Information

The family of Kenton Terry Schurr created this Life Tributes page to make it easy to share your memories.