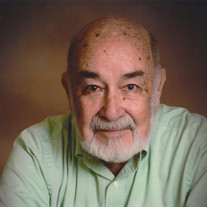 GREENFIELD – Kenneth “Ken” L. Lobb, age 90, of Greenfield, passed away Thursday, March 10, 2022, at Hancock Regional Hospital. He was born in Hodgenville, Kentucky on February 18, 1932, to Elbert Lobb and Pearl (Miller) Lobb. He graduated from Hodgenville High School in 1950 and received his bachelor’s degree in the Medical Technology program from Western Kentucky University in 1960. Ken was a proud veteran of the United States Navy serving from 1951 to 1955 during the Korean War and stationed for two years on the island of Guam where he was the medical officer. He met the love of his life, his Irish blonde - Elsie Mae Perkins at First Baptist Church in Hodgenville, Kentucky and they were married December 21, 1957. Upon graduation, Ken worked for a short time at Orange County Hospital in Paoli, Indiana and in 1964 was called to work for Eli Lilly Greenfield Laboratory, as a toxicologist where he retired in 1993. Ken and his wife Elsie were the founding members of Calvary Baptist Church in Greenfield, Indiana back in 1964 where he served the church in many capacities including treasurer, Deacon, Sunday School Director, Teacher, and ran the bus ministry. In his free time, Ken was an avid hunter and fisherman. Ken never met a stranger and found a connection to people wherever he traveled and in his many business dealings. Upon retirement he was a self-employed real estate broker and only recently retired – working well in to his 80’s. Ken is survived by his loving children, Kevin (Rebecca) Lobb of New Palestine, Kimberly (Eric) Eidson of Greenfield, Wm. Michael Philby of Elizabethtown, KY; grandchildren, Kendra Lobb, Sean Lobb, Cory Sowder (Melia), Andrew Sowder (Kelsey), Angie Evans, and Tracy Jackson (Robert); great-grandchildren, Lincoln, Benton, Bonnie and Cayden; sisters-in-law, Patsy Forrest of Louisville, KY and Ethel Lobb of Hodgenville, KY. He was preceded in death by his, parents, Elbert and Pearl Lobb; wife, Elsie Lobb; and brother, Edwin Lobb. Visitation will be held on Sunday, March 20, 2022, from 4:00 p.m. until 6:00 p.m. at Calvary Baptist Church, 1450 W Main St, Greenfield, IN 46140. A funeral service will begin at 6:00 p.m. with Pastor Roger Kinion officiating. Burial will take place on a later date at Red Hill Cemetery in Hodgenville, Kentucky. In lieu of flowers, memorial contributions may be made by mail to the Calvary Baptist Church Memorial Scholarship Fund, 1450 W Main St, Greenfield, IN 46140, or envelopes will be available at the church. Friends may share a memory or condolence at www.erleweinmortuary.com. Arrangements are being handled by Erlewein Mortuary & Crematory in Greenfield.

The family of Kenneth " Ken " Lobb created this Life Tributes page to make it easy to share your memories.