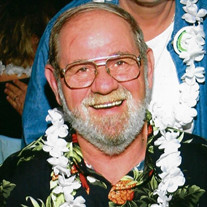 FORTVILLE – John L. Gipson, age 75, of Fortville, passed away on Monday, June 4, 2018 at St. Vincent Inpatient Hospice. He was born on April 22, 1943 in Hammond, IN as the son of Pete and Margaret (Akers) Gipson. He graduated from North Central High School in Farmersburg, IN in 1961. John served in the Army National Guard during the Vietnam War. He married Kay (Robertson). He worked for Builders Concrete as a truck driver for 30 years before retiring in 2017. He was a member of New Palestine United Church. John loved to travel and couldn’t pass up a good yard sale. John is survived by his son, Randy (Nicole) Gipson of Fortville; daughters, Brenda (Rick) Tarquinio of Florida, Stephanie (Duke) Cumelich of Tennessee, and Jennifer (Steve) Stoops of North Carolina; brother, Steve (Libby) Gipson of Fortville; sisters, Betty Baker of Fortville, Ruth Miller of Greenfield, Peggy (Dennis) Reynolds of Fishers; 11 grandchildren; and 6 great-grandchildren. He was preceded in death by his parents, Pete and Margaret Gipson, wife, Kay Robertson Peters Gipson; brother, Ed Gipson; step-son, Kevin Peters; and niece, Melinda Gipson. Visitation will be held on Monday, June 11, 2018, from 3:00 p.m. until 7:00 p.m. at Erlewein Mortuary & Crematory, 124 E. Staat Street, Fortville, IN 46040. A funeral service will be held on Tuesday, June 12, 2018, at 11:00 a.m. at the mortuary. Pastor Rick Moreland will be officiating. Burial will follow at Gravel Lawn Cemetery in Fortville. In lieu of flowers, memorial contributions may be made by mail to the American Lung Association, National Direct Response Headquarters, 1200 Hosford Street, Suite 101, Hudson, WI 54016-9316 or envelopes will be available at the mortuary. Friends may share a memory or a condolence at www.erleweinmortuary.com.

The family of John L. Gipson created this Life Tributes page to make it easy to share your memories.