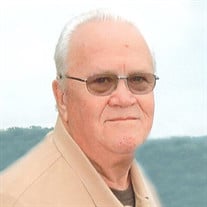 NEW PALESTINE – John M. England, age 80, of New Palestine, passed away on Friday, September 27, 2019 at his residence. He was born in Indianapolis on May 27, 1939 to George Sr. and Frances (Carvin) England. He married Sharon (Vawter) on March 5, 1961 in Indianapolis. John retired from Glas-Craft/Graco in 2008. John leaves behind his beloved wife of 58 years, Sharon England; children, Sherry (Kevin) Wagner and Shelly (Eric) Gall; grandchildren, Stephanie Fisher, Kyle Newell, and Corey Newell; and four great-grandchildren. He was preceded in death by his parents, George Sr. and Frances England; and brothers, George England, Jr., Thomas England, and Michael England. Visitation will be held on Monday, September 30, 2019, from 4:00 p.m. until 8:00 p.m. at Erlewein Mortuary & Crematory, 1484 W. US Hwy. 40, Greenfield, IN 46140. A funeral service will be held on Tuesday, October 1, 2019, at 11:30 a.m. at the mortuary. Burial will follow at New Palestine Cemetery in New Palestine. In lieu of flowers, memorial contributions may be made by mail to the Fr. Glenn O’Connor Project, Seeds of Hope, 1425 S. Mickley Ave., Indianapolis, IN 46241 or envelopes will be available at the mortuary. Friends may share a memory or condolence at www.erleweinmortuary.com.

The family of John M. England created this Life Tributes page to make it easy to share your memories.