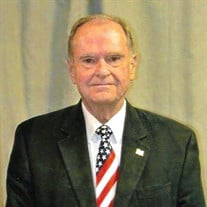 GREENFIELD – James R. Fornoff, known to many as Jim, age 79, of Greenfield, passed away Thursday, March 24, 2022. Born on February 13, 1943, in Richmond, Indiana, he was the son of Philip Jones Sr. and Mary Katherine (Hinshaw) Fornoff. He graduated from Richmond High School in 1962 and received his associate degree in mortuary science in 1965 from Indiana College of Mortuary Science. Jim married Georgia Lynne Inderstrodt on October 23, 1965, in Richmond. He worked as a funeral director at Pasco Memorial Mortuary for many years. He was a member of the Indiana Funeral Directors Association, the National Funeral Directors Association, and Independent Selected Funeral Directors. Jim was also a member of the Hancock County FOP #140, the Greenfield Lions Club, and the Greenfield Elks Lodge #1740, where he served in several positions including Chairman of the Trustees. He enjoyed racing and particularly photographing races. He started his own business called “Jim’s Action Racing Photos” that he operated for many years. Jim is survived by his loving wife of 56 years, Lynne Fornoff of Greenfield; daughters, Karen Robinson of Greenfield; Kate Fornoff of Greenfield; and Kim Bond (Mike Lewis) of Noblesville; grandchildren, Amanda Hawkins (Dakota), Allison Scott (Dustin), and Derek Bond; and great-grandchildren, Lilli, Christopher and Audree Scott. He was preceded in death by his parents; stepfather, Henry Fornoff; and brother, Phillip Jones Jr. Visitation will be held on Wednesday, March 30, 2022, from 4:00 p.m. until 8:00 p.m. at Erlewein Mortuary & Crematory, 1484 W. US Hwy. 40, Greenfield, IN 46140. A funeral service will be held at the mortuary on Thursday, March 31, 2022, at 11:00 a.m. Pastor David Woods will be officiating. Burial will follow at Park Cemetery in Greenfield. In lieu of flowers, memorial contributions may be made by mail to the Greenfield Elks Lodge #1740, 820 S. State St., Greenfield, IN 46140 and Heritage House of Shelbyville, 2309 S. Miller St., Shelbyville, IN 46176, or envelopes will be available at the mortuary. Friends may share a memory or condolence at www.erleweinmortuary.com.

The family of Jim Fornoff created this Life Tributes page to make it easy to share your memories.