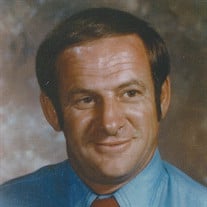 Jerry Petty, 80, of Rushville, formerly of Fortville and Wolcott, died May 24, 2019 at home surrounded by his family. He was the son of the late Pauline and Burrel Petty. He was born on August 1, 1938 in Washington, Indiana. Jerry graduated from Fortville High School in 1956. After graduation from Butler University in 1960, he taught and coached for 10 years at Wolcott High School. From there, he moved to Lawrence Central High School in Indianapolis where he taught and coached for an additional 18 years before retiring in 1988 to devote more time to his insurance business and farming. He was a member of St. Paul’s United Methodist Church in Rushville, the Wolcott-Remington Masonic Lodge, and the Lawrence Lion’s Club. While in high school he played basketball averaging over 20 points his junior and senior years with several games in the 30s. He also set school records in the 100 yard dash, 220 yard dash and long jump, placing in the state track meet 2 years in all 3 events. As a catcher, he led the baseball team in hitting and home runs his junior and senior years. At Butler, he ran cross country and track, and played basketball under Coach Tony Hinkle, playing in two NIT tournaments at Madison Square Garden, which was "The Big Dance" at that time. While playing basketball at Fortville High School and Butler University, fans could often hear "oohs" & "aahs" and the crowd cheering as Jerry would grab a rebound or dunk with his 42" vertical jump. He won 8 medals in the Big State Track Meet his last 2 years at Butler. He was a Butler B-Man earning 6 letters in 3 sports. He was a 4 year member of the United States Air Force ROTC graduating as a 2nd Lieutenant. While coaching 10 years at Wolcott High School, he won 119 regular season boys basketball games and won five consecutive White County Basketball Tourneys. Jerry also coached golf, baseball, cross county, track & field and was the athletic director. While at Lawrence Central he won 180 regular season games, for a career total of 299 games in 24 years. He won 2 Marion County Tournaments, 2 sectional tournaments, and a regional championship advancing to the Sweet 16 in 1977 alongside his two sons, Tim and Tom. He was named White County Coach of the Year 5 times and Butler Alumni Coach of the Year twice. Jerry was a member of the National Traveler’s Life Company Presidential Club and the Million Dollar Club for several years and he and his wife are members of the Ovid Butler Society. He was an avid hunter and fisherman and enjoyed grain and livestock farming. A loving, devoted father and dedicated teacher of Biology and Zoology, he was the kind of coach you wanted to coach your son. He enjoyed traveling with his wife, attending high school and college ballgames, and held season tickets at Butler for 17 years. Survivors include his wife, Linda Kay (Wickliff) Petty; three daughters: Kari Haines of Indianapolis, Debbie (husband Doug) Mitchell of Fishers, Jessica (husband Loren) Crone of Rota, Spain; his son Tim (wife Terrie) Petty of Selma; daughter-in-law Tara Petty of Greenwood; God-daughter Megan Bell of Fountaintown; sister Joan (husband Ned) Brown of Indianapolis; brother Jim (wife Annetta) Petty of Fortville; twelve grandchildren: Taylor Mitchell, Jaymie (husband Todd) Hurst, Nick (wife Ashley) Petty, Adam Haines, Morgan Mitchell, Hannah Haines, Payton Mitchell, Danielle Petty, Cameron Petty, Abigail Crone, Carolyn Crone, and Elliot Crone; five great-grandchildren; several cousins, nieces and nephews and many dear friends. He was preceded in death by his parents, brothers Glenn Petty and Bob Petty, his son Tom Petty and grandson Bryce Mitchell. Visitation is Friday, May 31, 2019, 3-8 at Erlewein Mortuary in Greenfield. Funeral services will be held Saturday, June 1, 2019 at 10:30 at Erlewein Mortuary in Greenfield, with the Rev. Roy Ice of St. Paul's UMC officiating. Graveside service and burial to follow at Gravel Lawn Cemetery in Fortville. Memorial contributions may be made to "Bill & Wilma Wickliff and Jerry & Linda Petty 4-H Livestock Award Endowment Fund" (by check to HCCF-Wickliff Petty Fund, mailed to 312 E. Main St., Greenfield, IN 46140 or online at www.givehcgrowhc.org), Butler University Men’s Basketball (by check to Butler University Advancement, Attn: Graham Honaker at 4600 Sunset Avenue, Indianapolis, IN 4208), or the charity of your choice. Friends may share a memory or a condolence at www.erleweinmortuary.com.

Jerry Petty, 80, of Rushville, formerly of Fortville and Wolcott, died May 24, 2019 at home surrounded by his family. He was the son of the late Pauline and Burrel Petty. He was born on August 1, 1938 in Washington, Indiana. Jerry graduated... View Obituary & Service Information

The family of Jerry Petty created this Life Tributes page to make it easy to share your memories.

Jerry Petty, 80, of Rushville, formerly of Fortville and Wolcott,...