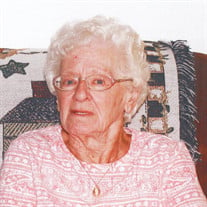 GREENFIELD – Jean Louise (Vivian) Hess, age 83, of Greenfield, passed away on Tuesday, April 28, 2020 at Morristown Manor. She was born in Wilkes-Barre, Pennsylvania on August 19, 1936 to Robert Vivian and Ellendean (Devine) Vivian-Truscott. Jean married Gordon C. Hess on November 19, 1955 in Wilkes-Barre, Pennsylvania. She was a cook for Eli Lilly in Greenfield for over 20 years. Jean attended Greenfield Church of Christ. She liked to cook, crochet, knits, dance, and travel. Jean loved going to The Barn and spending time with her family. Jean is survived by her sons, Bobby (Cris) Hess of Pendleton and Steve (Donna Lee) Hess of Greenfield; daughters, Debbie (Wayne) Howell of Greenfield, Jenny (Mike) Roberts of Greenfield, and Donna (Mark) Sturges of Willow Branch; 9 grandchildren; 16 great-grandchildren; brothers, Edmund (Judy) Truscott and Richard (Judy) Truscott both of Greenfield; sisters-in-law, Marie Lewis and Eilene Crawley both of Wapwallopen, PA; and a companion and friend, Roscoe Hosier. She was preceded in death by her parents, Robert Vivian and Ellendean Vivian-Truscott; and her husband, Gordon Hess. A private family burial will take place at Park Cemetery in Greenfield. Pastor Dan D’Angelo will be officiating. In lieu of flowers, memorial contributions may be made by mail to the Alzheimer’s Association, 50 E 91st St #100, Indianapolis, IN 46240. Friends may share a memory or condolence at www.erleweinmortuary.com. Arrangements are being handled by Erlewein Mortuary & Crematory in Greenfield.

The family of Jean Hess created this Life Tributes page to make it easy to share your memories.