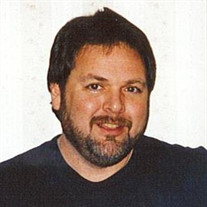 GREENFIELD – James “Eddie” Edward Thomas, age 60, of Greenfield, passed away Friday, March 16, 2018 at IU Health Methodist after an 8 ½-year battle with melanoma. He was born on March 3, 1958 in Greenfield, IN. He was the son of Richard and Ola (Ogden) Thomas. He graduated from Greenfield Central High School in 1976. Eddie received his Technical Certification from Neotek Corporation in Saunderstown, RI in 1988. He worked for Marsh Supermarket in Greenfield for sixteen years prior to moving to Las Vegas, NV. Before moving back to Indiana, he worked as a Neon Department Manager for City Lites Electric Sign Company in Las Vegas for seventeen years. He was a very talented neon artist. Eddie taught Tae Kwon Do at a studio in Greenfield. He was an avid sports fan (particularly the Bears, Colts, and Pacers). Eddie is survived by his brother, Bruce (Lori) Thomas of Greenfield; sisters, Debby (Robert) Evans of Francesville, Elizabeth Thomas of Greenfield, and Gwyn Thomas of Greenfield; nieces and nephews, Christopher (Kimberly) Thomas, Kyle (Melissa) Evans, Ryan Evans, Scott Evans, and Sara Evans; and great-niece and nephews, Braden and Gabby Thomas, and Jackson Evans. He was preceded in death by his parents, Richard and Ola Thomas; and his brother and his sister-in-law, Randy and Retta Thomas. Visitation will be held on Wednesday, March 21, 2018, from 11:00 a.m. until 1:00 p.m. at Erlewein Mortuary & Crematory, 1484 W. US Hwy. 40, Greenfield, IN 46140. A funeral service will be held immediately following visitation at 1:00 p.m. also at the mortuary. Pastor Carl Coffey will be officiating. Burial will follow at Park Cemetery in Greenfield.

The family of James "Eddie" Edward Thomas created this Life Tributes page to make it easy to share your memories.