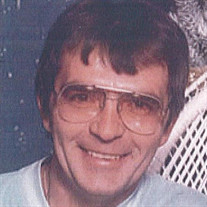 GREENFIELD - George P. Plavka, age 78, of Greenfield, passed away Sunday, March 28, 2021. He was born in Bergholz, Ohio on January 8, 1943. He married Marlene (Davis) Plavka on September 1, 1962 in East Springfield, Ohio. George worked in manufacturing at Roll Coater for 41 years before retiring in 2005. He was a member of the UAW Local #661 and the Greenfield Moose Lodge. He liked watching movies, bowling, and golfing. George was a big fan of watching football and the Indianapolis Colts. He enjoyed spending time with his grandchildren and loved playing Mario Golf with them. He is survived by his daughter, Christie Coffin (Mike) of Greenfield, IN; grandchildren, Brandon Plavka (Carrie Nack), Brittany Snyder, George Coffin and Steven Coffin; great-grandchildren, Emily and Ethan and three others; and five sisters. He was preceded in death by his parents; grandparents; wife; daughter, Cathy Plavka; sister-in-law, Anna Mae Richards; brothers-in-law, Homer Richards and Donald Davis. A private graveside service will take place on a later date at Philadelphia Cemetery. Arrangements are being handled by Erlewein Mortuary & Crematory in Greenfield. In lieu of flowers, memorial contributions may be made by mail to the American Kidney Fund, 11921 Rockville Pike, Suite 300, Rockville MD 20852 or the American Cancer Society, P.O. Box 22718, Oklahoma City, OK 73123. Friends may share a memory or condolence at www.erleweinmortuary.com.

The family of George Plavka created this Life Tributes page to make it easy to share your memories.