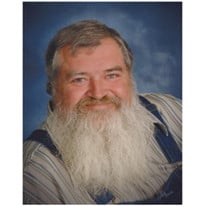 GREENFIELD – Earl “Rusty” R. Smith, died peacefully after a brief illness on August 11, 2021 at his home with his family by his side. He was born in Indianapolis, Indiana on June 5, 1961 and was the son of William C. and Ruthann Smith. Earl graduated from Eastern Hancock High School in 1979. He was a dairy farmer. Earl married the love of his life, Barbara Jean Geisking on June 20, 1981, just celebrated their 40th wedding anniversary. He was a loving husband, father and grandfather, and will be missed by all who knew him. Earl was well known in the community, an avid supporter of the local food system including being a long standing vendor at several local farmers markets. He was one of the forming members of the Hoosier Harvest Council and served as president for several years. Earl also enjoyed participating in local theater, including the plays Fiddler on the Roof, Hello Dolly and Joseph and the Technicolor Dreamcoat. He was a graduate of Leadership Hancock County. Earl participated on the Tourism Commission for several years. He enjoyed history and local government. Earl was also a member of the Sunrise Rotary in Greenfield and a member of Shiloh Christian Church. Earl is survived by his wife, Barbara Jean (Geisking) Smith; sons, Christopher Russell Smith of Christmas, Michigan and Michael (Alexis) Smith of Greenfield; 6 grandchildren, Tyler, Tayton, Trevor, Tucker and Rebecca Smith, Eleanea and Evaleigh Hodge; brother, Joseph Smith of Greenfield; and sister, Maribeth Doughty of North Carolina. He was preceded in death by his parents, William and Ruthann Smith; grandparents, Earl and Elizabeth Smith and George and Martha Smith; and beloved daughter, Naomi Ann Smith in 2008. A Celebration of his life will be held on Sunday, August 15, 2021 from 2:00 p.m. until 6:00 p.m. at Erlewein Mortuary & Crematory, 1484 W. US Hwy. 40, Greenfield, IN 46140. A funeral service will be held on Monday, August 16, 2021 at 11:00 a.m. also at the mortuary. Fred Girdwood will be officiating. Burial will be in Asbury Cemetery in Morristown. In lieu of flowers, memorial contributions may be made to the “Naomi Ann Smith, Teaching with Love Scholarship” fund, 312 E. Main St., Greenfield, IN 46140 through the Hancock County Community Foundation or to Suburban Hospice, 801 N State Street, Greenfield, IN 46140.

The family of Earl "Rusty" Smith created this Life Tributes page to make it easy to share your memories.