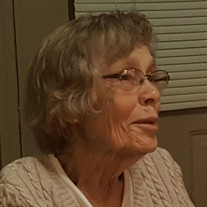 GREENFIELD – Dorthy L. (Green) Grant, age 79, of Greenfield, passed away on Sunday, September 15, 2019 at Hancock Regional Hospital. She was born in Carbon, Indiana on December 1, 1939 to John and Ethel (Summers) Green. She graduated from Lawrence Central in 1958. Dorthy married Melvin Edward Grant on September 12, 1958 in Indianapolis. She was the co-founder of Grant’s Transmission in Greenfield for many years before retiring in 2004. She was also the school secretary for Indianapolis Public Schools #57 in Irvington for seven years. Dorthy was a member of East 38th Christian Church in Indianapolis, Grace Baptist Church in Mohawk, and First Assembly of God in Greenfield, where she was the past church secretary and involved with the children’s ministry. She was a former Girls Scout leader and an active volunteer for Right to Life. Dorthy liked traveling and sewing. She loved spending time with her family and especially her grandchildren, including their annual trip to Indiana Beach. Dorthy is survived by her husband, Melvin E. Grant of Greenfield; children, Laurie (Michael) Lopez of Greenfield, Michael (Lisa) Grant of Greenfield, Mark (Kimberly) Grant of Charlottesville, and Amy (Collin) Deugan of Wilkinson; 11 grandchildren; 10 great-grandchildren; and a sister, Marjorie Newell of Indianapolis. She was preceded in death by her parents, John and Ethel Green. Visitation will be held on Thursday, September 19, 2019, from 3:00 p.m. until 7:00 p.m. at Erlewein Mortuary & Crematory, 1484 W. US Hwy. 40, Greenfield, IN 46140. A funeral service will be held on Friday, September 20, 2019, at 11:00 a.m. at the mortuary. Pastor Adam Detamore will be officiating. Burial will follow at Park Cemetery in Greenfield. Memorial contributions may be made by mail to the Right to Life Indiana, 9465 Counselors Row, Suite 200, Indianapolis, IN 46240 by website at https://indianarighttolife.givingfuel.com/donate , or envelopes will be available at the mortuary. Friends may share a memory or condolence at www.erleweinmortuary.com.

The family of Dorthy L. Grant created this Life Tributes page to make it easy to share your memories.