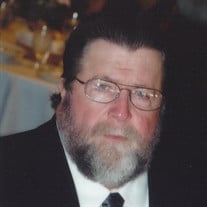 NEW PALESTINE – Donald E. “Sarge” Pollock age 75, of New Palestine, passed away Wednesday, May 5, 2021 at Greenwood Healthcare Center. He was born in Rensselaer, Indiana on March 10, 1946 to Everett Pollock and Ruth (Walters) Pollock. He graduated from Howe High School and served in the United States Marines Corps from 1969 to 1972. On January 21, 1977, Sarge married Jane Pollock at Lawrence United Methodist Church in Indianapolis. Sarge worked at Navistar in Indianapolis as a machine operator for 30 years before retiring in 2002. He was a member of the Glens Valley Conservation Club and the UAW Local 98. Sarge liked hunting in Indiana. He enjoyed fishing while on vacations in Alaska, Hawaii, Mexico, and the Caribbean. For over 36 years, many special fishing trips were made to Canada and Minnesota. He liked spending time with his family and friends and could often be found having breakfast with his buddies at the McDonald’s in New Palestine. He is survived by his loving wife, Jane Pollock of New Palestine; son, Matthew Pollock of Oklahoma City, OK; daughter, Kristine Rudicle (Robert) of New Palestine; grandson, Evan Rudicle of New Palestine; sister, Elizabeth Hampton (Douglas) of Indianapolis; and nephew, Michael Hampton (Melissa) of Greenfield. He was preceded in death by his parents, Everett and Ruth; brothers, William and Everett Pollock; and sister, Margaret Coffey. Visitation will be held on Monday, May 10, 2021, from 4:00 p.m. until 8:00 p.m. at Erlewein Mortuary & Crematory, 1484 W. US Hwy. 40, Greenfield, IN 46140. A private graveside service will take place on Tuesday, May 11, 2021 at New Palestine Cemetery. Military honors will be rendered by the United States Marine Corps and the local honor guard. Per the family’s request, please wear a mask and practice social distancing. In lieu of flowers, memorial contributions may be made by mail to the American Heart Association, 200 S. Riverside Plaza Ste 1200, Chicago, IL 60606, and the American Kidney Fund, 11921 Rockville Pike, Suite 300, Rockville, MD 20852, or envelopes will be available at the mortuary. Friends may share a memory or condolence at www.erleweinmortuary.com.

The family of Donald "Sarge" Pollock created this Life Tributes page to make it easy to share your memories.