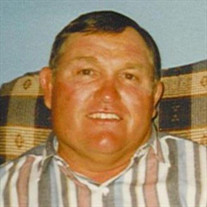 GREENFIELD – Donald “Don” G. Janes, age 81, of Greenfield, Indiana, passed away Friday, December 25, 2020 at the Golden Living Center in Greenfield. He was born in Indianapolis on January 31, 1939 to Edgar R. and Ruby Ellen (Lamb) Janes. He graduated from Charlottesville High School in 1957 and worked at the Highway Department after graduation. He served in the Army from 1962 to 1964 as an SP4, during his service he met Peggy Walters and they married on July 18, 1964. Mr. Janes worked for many years at Eli Lilly & Company. Don’s primary focus was his family. He always enjoyed spending time with loved ones and especially enjoyed birthday and holiday celebrations. He and his brother Harold ran the family farm together and raised crops and livestock. In his later years, Don enjoyed time with family and friends, traveling, reading, and keeping up with world events on television and radio. He is survived by his wife of 56 years Margaret “Peggy” Janes; sons Chris (Leah) Janes, of Markleville, Indiana, and Randy (Becky) Janes of Greenfield; daughter Julie Janes of Greenfield; and grandchildren Tressa, Kennedy, Garrett, and Katie. He was preceded in death by his parents, an infant twin brother Ronald Janes, and brother Harold Janes. Private visitation and services will be held. Burial will follow at Park Cemetery in Greenfield. Military rites will be presented by the Greenfield Veterans Honor Guard. In lieu of flowers, memorial contributions may be made to the National Kidney Foundation of Indiana, 911 E. 86th Street, Suite 100, Indianapolis, Indiana 46240. Donations may be made online at [email protected] Friends may share a memory or condolence at www.erleweinmortuary.com. Arrangements are being handled by Erlewein Mortuary & Crematory in Greenfield.

The family of Donald G. Janes created this Life Tributes page to make it easy to share your memories.