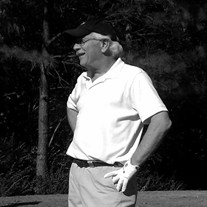 GREENFIELD – Dennis R. Cowan, age 72, of Greenfield, passed away Wednesday, August 4, 2021. Born on December 22, 1948, he was the son of Kenneth R. Cowan and Wanda J. (Horner) Cowan. He graduated from Arlington High School in 1966 and received a Bachelor’s of Science degree from IUPUI. He was a veteran of the United States Air Force Reserves. He married Teresa (Jones) Cowan on March 11, 1994 in Lake Tahoe, Nevada. Dennis spent much of his childhood growing up in the countryside of Indiana. It was there that his appreciation for the natural world and simple pleasures in life took root. Throughout his life, some of his favorite pastimes included horseback riding, walks in the woods and creek beds, hunting for arrowheads, working in his woodshop, and tending to his property and animals, especially his beloved dogs. Dennis earned his architectural license in 1979. While doing so, he worked in the engineering department at Eli Lilly and Company in the fields of project management and design. Passing the architectural qualifying exam on the first try was exceptional and one of the accomplishments for which he was most proud. Dennis owned Monroe Custom Utility Bodies in Greenfield since 1994. He was a member of St. Michael Catholic Church. Some of his best memories were made spending time on the water boating, skiing and relaxing with family and friends in Michigan and along the Ohio River. Dennis’ natural athleticism and adventurous spirit led him to travel and spend time enjoying a variety of hobbies including golfing, playing the guitar, UTV trail riding, and piloting small airplanes. Friends and family say of Dennis that he never met a stranger, and his gentle demeanor had a way of putting people at ease. His smile could light up a room and his hugs would lift you up and carry your troubles away. Dennis’ dedication to his family, friends and employees was a driving force in his life. He is survived by his wife, Teresa Cowan of Greenfield; children, Chad A. (Vanessa) Cowan of Greenfield, Angela M. Cowan of St. Petersburg, FL, and Casey M. Cowan of Greenfield; and grandson, Caden. He was preceded in death by his parents, Kenneth and Wanda; sister, Carolyn Sue Oberle, and nephew Randy. A celebration of life will be held on August 21, 2021. Please contact a family member for more information. Arrangements are being handled by Erlewein Mortuary & Crematory in Greenfield. In lieu of flowers, memorial contributions may be made by mail to the American Lung Association by website at action.lung.org/. Friends may share a memory or condolence at www.erleweinmortuary.com.

The family of Dennis Cowan created this Life Tributes page to make it easy to share your memories.