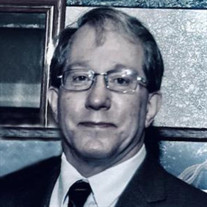 INDIANAPOLIS – David W. Parker, age 73, of Indianapolis, passed away on Tuesday, May 12, 2020 at Evergreen Crossing & the Lofts. He was born in Columbus, IN on April 13, 1947 to Robert Warren and Eleanor S. (Heilman) Parker. He graduated from Anderson High School in 1965 and attended Purdue University to obtain a degree in Engineering. David served in the U.S. Air Force and was stationed in Thailand during the Vietnam War. He worked for the U.S. Postal Service as a maintenance mechanic for 20 years. He was an avid tinker of many things. David loved classic cars and watching NASCAR and the Indy 500, and going to the Auto and Gun & Knife shows. David is survived by his son, Chris (Lexia) Parker of Greenfield; daughters, Delaine Parker of Greenfield and Dusty McClish of Indianapolis; 5 grandchildren, Matthew, Abigail, Kahner, Samara, and Jase; two brothers, Robert and Donald; and a loving friend, Cindy Brown of Indianapolis. He was preceded in death by his parents, Robert and Eleanor Parker; and a sister, Barbara Parker. In lieu of flowers, memorial contributions may be made by mail to the American Heart Association, 300 S. Riverside Plaza Ste 1200, Chicago, IL 60606-6637, by website at https://www.heart.org/ or American Veterans, P.O. Box 14301, Cincinnati, OH 45250-0301, by website at https://www.dav.org/. Friends may share a memory or condolence at www.erleweinmortuary.com. Arrangements are being handled by Erlewein Mortuary & Crematory in Greenfield.

The family of David W. Parker created this Life Tributes page to make it easy to share your memories.