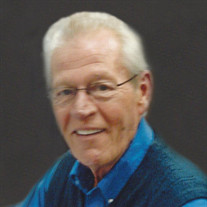 GREENFIELD – David “Hud” Hudson, age 69, of Greenfield, passed away on Wednesday, December 18, 2019 at his residence. He was born in Indianapolis on July 24, 1950 to Richard E. and Janet E. (Johnson) Hudson. He graduated from Lawrence Central High School in 1968 and received his bachelors degree from Anderson College in 1972. He served in the Army National Guard. David married Paula E. (Rohrman) on January 24, 1970 in Greenfield. He worked for Roll Coater in Greenfield as an accountant for over 25 years and was also an auditor for the State of Indiana for many years. Hud was a past board member of the Jim Andrews Boys and Girls Club. While attending Anderson College he was the catcher for the baseball team. Hud liked golfing and was able to make a hole in one. He also enjoyed playing darts, softball, and watching NASCAR racing. He most of all loved spending time with his family. Hud is survived by his wife, Paula Hudson of Greenfield; son, David Richard (Cassandra) Hudson of Greenfield; daughter, Denise (Kirk) Riegle of Greenfield; four grandchildren, Shelbie, Madysen, Jacob, and Seth; one great-grandson on the way; and two brothers, Stephen Hudson of Greenfield and Mark (Debbie) Hudson of Greenfield. He was preceded in death by his parents, Richard and Janet Hudson. Visitation will be held on Saturday, December 21, 2019, from 11:00 a.m. until 1:00 p.m. at Erlewein Mortuary & Crematory, 1484 W. US Hwy. 40, Greenfield, IN 46140. A funeral service will take place immediately following the visitation at 1:00 p.m. Pastor Matt Wickham will be officiating. Entombment will follow at Washington Park East Cemetery in Indianapolis. Memorial contributions may be made by mail to the American Cancer Society, PO Box 22718, Oklahoma City, OK 73123-1718 or envelopes will be available at the mortuary. Friends may share a memory or condolence at www.erleweinmortuary.com.

The family of David "Hud" Hudson created this Life Tributes page to make it easy to share your memories.