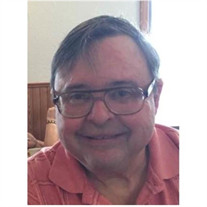 MORRISTOWN – Charles L. George, 77, of Morristown, passed away on September 4, 2021. He was born on February 16, 1944 in Elkhart to Dr. Charles and Martha (Foster) George. Raised in Indianapolis, he played the saxophone in the Continentals Dance Band while attending North Central High School, from which he graduated in 1962. He graduated from Butler University in 1967, where he was a member of the Sigma Nu fraternity. It was in psychology class that he met his future wife, Susan Long. They were married on August 12, 1966 in the Morristown United Methodist Church. Chuck received a commission as a Second Lieutenant in the United States Air Force, where he served in the Medical Service Corps. Assignments included Vandenberg AFB, CA; San Vito dei Normanni Air Station, Italy and Bergstrom AFB, TX. After earning an MBA at St. Edward’s University, the family returned to Indiana in 1974 when Chuck became the Materials Manager for St. Vincent Hospital. In 1978, the family moved to Morristown to the “big yellow house on top of the hill.” Prior to illnesses, he was a Boy Scout Leader, member of the Lions Club, and active in the Morristown United Methodist Church. He is survived by his wife, Susan George of New Palestine; sons, David and Mark George of Fishers; daughters, Lisa George of Morristown and Ann Marie Miesse and husband Brian Miesse of Greenfield; also surviving are grandchildren, Ben, Ella, and Jake; sister, Marje Henderson and husband Dr. Richard Henderson of Mebane, NC; and brother-in-law, Donald Myers of Carmel. He was preceded in death by his parents; sister, Barbara Myers; infant son, Matthew; and three infant brothers. Visitation will be Monday, September 13, 2021 from 11:00 a.m. until 1:00 p.m. at Erlewein Mortuary & Crematory, 1484 W. US Hwy. 40, Greenfield, IN 46140. A memorial service will follow the visitation starting at 1:00 p.m. Rev. Alvin McFadden will be officiating. Burial will follow at Asbury Cemetery with military honors. The family requests that masks be worn. Memorial contributions may be made by mail to the National Alliance on Mental Illness, 921 E. 86th St., Indianapolis, IN 46240, by website at www.namiindiana.org/give or Wounded Warrior Project, PO Box 758517, Topeka, Kansas 66675, by website at support.woundedwarriorproject.org/ or envelopes will be available at the mortuary. Friends may share a memory or condolence at www.erleweinmortuary.com.

MORRISTOWN &#8211; Charles L. George, 77, of Morristown, passed away on September 4, 2021. He was born on February 16, 1944 in Elkhart to Dr. Charles and Martha (Foster) George. Raised in Indianapolis, he played the saxophone in the Continentals... View Obituary & Service Information

The family of Charles George created this Life Tributes page to make it easy to share your memories.