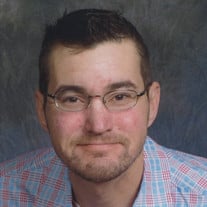 NEW PALESTINE – Andrew Paul “Andy” Fox, age 39, of New Palestine, passed away Tuesday, November 26, 2019 at Community East Hospital in Indianapolis, IN. He was born in Indianapolis on October 9, 1980 to William Fox and Joey Caplick. He graduated from New Palestine High School in 1999. Andy received his bachelor’s degree from Purdue University in 2005. He was a self-employed landscaper for several years. Andy was a member of Cumberland First Baptist Church. He loved following Purdue sports, specifically Basketball and Football, as well as the St. Louis Cardinals and New Pal Dragons Football. Andy liked playing fantasy football, fishing, golfing, and was a member of Delta Chi Fraternity. He is survived by his father, William “Woodie” Fox of New Palestine; mother, Joey Caplick of Naples, FL; sibling, David Fox of Indianapolis; girlfriend, Elizabeth Rodriguez of Beech Grove; aunt, Juanita Kaye (John Mark) Hale of Missouri; great aunt, Leta Perkins of Pensacola, FL; many cousins; and special cousin, Elizabeth Walls of Missouri. He was preceded in death by his grandparents, Arthur and Mildred Fox, and Evelyn and Joe Caplick. Visitation will be held on Friday, December 6, 2019 from 11:00 a.m. until 1:00 p.m. at Cumberland First Baptist Church. A funeral service will be held following the visitation at 1:00 p.m. Pastor Wyatt Watkins will be officiating. Burial will follow at New Palestine Cemetery in New Palestine. In lieu of flowers, memorial contributions may be made by mail to the Cumberland First Baptist Church in memory of Andy, or envelopes will be available at the church. Friends may share a memory or condolence at www.erleweinmortuary.com.

The family of Andrew "Andy" Paul Fox created this Life Tributes page to make it easy to share your memories.